Water is wet, fire will burn us, 73% of “Domestic” Terrorsts convicted in United States Courts since 2011 were “foreign born.”

DHS Report: 3 Of Every 4 Terrorism Offenders Since 9/11 Were Foreign-Born

By Will Racke, the Daily Caller

The Department of Homeland Security released Tuesday a study that sheds new light on the connection between the U.S. immigration system and so-called homegrown terrorism.

Of the 549 people convicted of international terrorism-related charges between Sept. 11, 2001 and and the end of last year, 402  — 73 percent — were foreign-born, according to the DHS report.  Of those, 148 had become naturalized U.S. citizens before committing terrorism offenses.

DHS Secretary Kirstjen Nielsen says the findings suggest the U.S. needs to improve its immigration vetting process, to include screening certain immigrants after they arrive.

For those playing from home note that 27% (147 of 549) of those convicted of international terrorism-related charges were resident foreign nationals.  Any number of such greater than 0 represents a failure of the immigration screening process.  Percentages this high indicate a sheer and utter failure, or deliberate policies undertaken to undermine National Security.

On a related note, the issues of immigration regulation and naturalization are as old as our republic.  Also unsurprisingly to those who have read the history of our early republic and founding fathers, Thomas Jefferson was on both sides of the issue.

DI LEO: THE FOUNDING FATHERS AND THE IMMIGRATION DEBATE

As we debate the ongoing question of immigration – not just who and how many to allow in, but also when, if ever, to allow them to vote – it might be helpful to remember the thoughts of our Founders on the issue.

It is now common for one side of the debate to say “we’re a nation of immigrants,” giving rise to the assumption that we always believed in open borders in the past, so this current concern about a wave of cultural invaders is something new… but in fact, nothing could be further from the truth.

215 years ago today, in fact, one year into the Jefferson administration, this very issue was in the headlines, as Federalist Party leader Alexander Hamilton assailed the President in a published op-ed, known as “The Examination, Number VIII,” for Jefferson’s political flip-flop on the matter.

For those not familiar with the dual nature of Jefferson (i.e. recent products of that other uniquely American failure, the Public Education system), it’s important to note/realize that Jefferson the political philosopher can and did argue both sides of more than one policy question of the era, and was often at odds with Jefferson the practicing politician.

People whose ancestors fled England, Holland, France or Ireland a century ago might have forgotten their grandparents’ stories (if ever they’d heard them at all) about how hard life was in the country their ancestors left.

As we forget our roots, perhaps, we forget that our ancestors had to learn a new worldview when they arrived on these shores.   That, at least, is the heart of today’s debate.  Not every immigrant is a fully-minted Hamilton, Paine or Wilson, the day they arrive.

It seems clear to this observer, who has lived overseas as an ex-pat, and who has many friends, neighbors, and work acquaintances who are first or second generation immigrants from abroad, that few arrive at these shores committed to the notions of Sovereign Peoples granting limited powers to a Government established to secure the rights and freedoms of the People.  Indeed, our previously mentioned failure known as Public Education seems to no longer actually teach civics, while multi-culturalism is inherently incompatible with citizenship in a Constitutionally limited representative republic.

In 1781, during the War of Independence, Thomas Jefferson received a set of questions about Virginia from a foreign acquaintance, and the questions so intrigued him that he wrote much more extensive answers than expected; enough in fact to fill a book.

Here’s a selection of comments that Thomas Jefferson wrote about the risks to a republic of a substantial influx of new immigrants, in 1781, as quoted by Mr. Hamilton:

Here I will beg leave to propose a doubt. The present desire of America, is to produce rapid population, by as great importations of foreigners as possible. But is this founded in good policy?

Are there no inconveniences to be thrown into the scale, against the advantage expected from a multiplication of numbers, by the importation of foreigners? It is for the happiness of those united in society, to harmonize as much as possible, in matters which they must of necessity transact together. Civil government being the sole object of forming societies, its administration must be conducted by common consent. Every species of government has its specific principles: Ours, perhaps, are more peculiar than those of any other in the universe. It is a composition of the freest principles of the English Constitution, with others, derived from natural right and reason. To these, nothing can be more opposed than the maxims of absolute monarchies. Yet from such, we are to expect the greatest number of emigrants. They will bring with them the principles of the governments they leave, imbibed in their early youth; or if able to throw them off, it will be in exchange for an unbounded licentiousness, passing as is usual, from one extreme to another.

Which brings us to the elephant in the room which DHS declined to account for.  What percentage of those foreign born domestic terrorists are mohammedean?  What percentage of the actually “home grown” (23%, 142 of 549) terrorists were mohammedean?  In the end the one thing our broadly religiously tolerant society cannot allow is a violent subset which recognizes no tolerance with regard to religous belief.

All the Constitutionalists know what is right with regard to immigration, but only the Conservatives are willing to act on it. 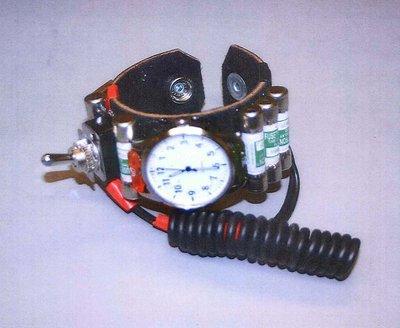