In case you have missed it, science bullies are attacking anyone who dares to blow the whistle on flaws in their work.

For example, here is what one such bully posted on Twitter:

“I am increasingly concerned that both the climate change problem and its solution have been vastly oversimplified. The result of this simplified framing of a complex, wicked problem is that we lack the kinds of information to more broadly understand climate variability and societal vulnerabilities.”

” It is an empirical fact that the Earth’s climate has warmed overall for at least the past century. However, we do not know how much humans have contributed to this warming and there is disagreement among scientists as to whether human-caused emissions of greenhouse gases is the dominant cause of recent warming, relative to natural causes.”

In her testimony, Curry describes climate change as a “wicked problem” and declares that global warming has occurred. She also states that humans have contributed to global warming.

In short, Sarah Myhre’s ad homimen against Curry is . . .

Now, what would cause Myhre to tuck tail and run? Answer: In short, Myhre the bully can’t handle being called out about her bullying.

Another science bully on the attack is Michael Mann. Jonathan H. Adler reports, “In 2012, climate scientist Michael Mann filed a defamation suit against National Review, Mark Steyn, the Competitive Enterprise Institute and Rand Simberg over a hyperbolic blog post written by Simberg for the CEI and quoted approvingly by Steyn on National Review Online.”

Adler goes on to say, “Mann was understandably upset by the offending blog post. Yet treating that post as actionable defamation poses a threat to robust political and scientific discourse.”

The science bullies don’t want “robust political and scientific discourse.” Instead, they want to shut down the voices of dissent. For example, in a report about the 03/29/17 congressional hearing on climate science, CBS News states, “Retired Adm. David Titley, now a Penn State meteorology professor, said in an email to the AP that scientists should boycott House hearings because it is a ‘charade’ and perpetuates the myth that there is a legitimate scientific debate on the issue.”

Titley is wrong, because there is a legitimate scientific debate on the issue.

Why would science bullies try to shut down debate? Well, these excerpts from Steve McIntyre’s New Cherry Pie should be enough of an explanation:

“Rosanne D’Arrigo once explained to an astounded National Academy of Sciences panel that you had to pick cherries if you wanted to make cherry pie – a practice followed by D’Arrigo and Jacoby who, for their reconstructions, selected tree ring chronologies which went the “right” way and discarded those that went the wrong way – a technique which will result in hockey sticks even from random red noise.”

The dissenting voices are blowing the whistle on the flawed methodology that science bullies and their supporters use.

Normally, members of the mainstream media will tell the public that whistle-blowing is taking place, but not in this case. That’s because the whistle-blowers aren’t politically correct. As meteorologist Roger A. Pielke Sr. observes, “The presentation of climate science in the media, unfortunately, remains biased.” Pielke’s observation is confirmed by the afore-quoted report by CBS News.

To make matters worse, certain right-wing politicians (Cough Scott Pruitt Cough) and certain right-wing pundits (Cough Rush Limbaugh Cough) are damaging the cause of the whistle-blowers by not acknowledging the things that Judith Curry says in her 03/29/17 testimony before Congress – the things quoted above in the purple font.

As Pielke writes, “The term ‘climate change’ is itself redundant. Climate is always changing.”

To summarize the ongoing climate brouhaha, the science bullies and their supporters want the public to believe that modern-day climate change is all mankind’s fault. That is the politically-correct opinion.

Alas, those scientific reasons get swept under the rug by media members who favor the bullies. In case you doubt that, ask yourself this: How much (if any) of Dr. Judith Curry’s 03/29/17 congressional testimony were you aware of prior to reading this blog post?

By the way, Michael Mann participated in that 03/29/17 congressional hearing in which Judith Curry spoke. Mann denied that he had called Curry a denier. Curry responded to Mann by saying, “It’s in your written testimony. Go read it again.”

Here is a video clip of Mann’s denial and Curry’s response. 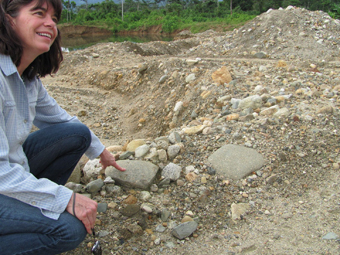