Home
Christianity
The Alpha and Omega is Born! OPEN THREAD

2 And it came to pass in those days, that there went out a decree from Caesar Augustus that all the world should be taxed.

2 (And this taxing was first made when Cyrenius was governor of Syria.)

3 And all went to be taxed, every one into his own city.

4 And Joseph also went up from Galilee, out of the city of Nazareth, into Judaea, unto the city of David, which is called Bethlehem; (because he was of the house and lineage of David:)

5 To be taxed with Mary his espoused wife, being great with child.

6 And so it was, that, while they were there, the days were accomplished that she should be delivered.

7 And she brought forth her firstborn son, and wrapped him in swaddling clothes, and laid him in a manger; because there was no room for them in the inn.

8 And there were in the same country shepherds abiding in the field, keeping watch over their flock by night.

9 And, lo, the angel of the Lord came upon them, and the glory of the Lord shone round about them: and they were sore afraid.

10 And the angel said unto them, Fear not: for, behold, I bring you good tidings of great joy, which shall be to all people.

11 For unto you is born this day in the city of David a Saviour, which is Christ the Lord.

12 And this shall be a sign unto you; Ye shall find the babe wrapped in swaddling clothes, lying in a manger.

13 And suddenly there was with the angel a multitude of the heavenly host praising God, and saying,

14 Glory to God in the highest, and on earth peace, good will toward men.

Here is a man who was born in an obscure village as the child of a peasant woman.

He grew up in another obscure village.

He worked in a carpenter shop until he was thirty and then for three years was an itinerant preacher.

He never wrote a book.

He never held an office.

He never owned a home.

He never had a family.

He never went to college.

[Excepting Jerusalem] He never put his foot inside a big city.

He never traveled two hundred miles from the place where he was born.

He never did one of the things that usually accompany greatness.

He had no credentials but himself…

While still a young man the tide of popular opinion turned against him.

His friends ran away.

One of them denied him.

He was turned over to his enemies.

He went through the mockery of a trial.

He was nailed upon the cross between two thieves.

dying, and that was his coat.

When he was dead, he was taken down and laid in a borrowed grave through the pity of a friend.

Nineteen wide centuries have come and gone and today he is the center of the human race and the leader of the column of progress.

I am far within the mark when I say that all the armies that ever marched, and all the navies that were ever built, and all the parliaments that ever sat and all the kings that ever reigned, put together, have not affected the life of man upon the earth as powerfully as has this one solitary life. 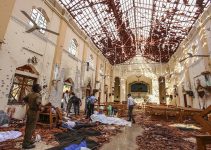