The tax reform legislative process nears its conclusion as the House of Representatives just passed the conference report version of the Tax Cuts and Jobs Act.

Having rejected attempts by the Democrats to send the bill back to committee, and to reject the conference report, the final vote in favor of passing HR 1 was 227-203.

The final debate brought Speaker Paul Ryan to the floor, who said “I’ll remind everyone in the chamber that as Speaker, my minute lasts as long as I want it to last.” His minute may not have changed any minds at this point, not in these polarized times, but he has seen the bill through to its final passage from the House.

House Must Vote Again On Tax-Reform Plan After Procedural Snag

In an embarassing reversal of what House Republicans had celebrated as a done deal, the House will need to vote again on the final version of the tax reform plan passed earlier this afternoon. The second vote is the result of a technicality in one of the bill’s provisions. According to Bloomberg, the Senate parliamentarian found three provisions in the final bill that violate the Byrd Rule, and the Senate will have to strip them from the bill before passing it, according to Bernie Sanders, the top Democrat on the Senate Budget Committee, and Oregon Senator Ron Wyden, who had earlier hinted that he was looking into possible Byrd Rule violations.

Then the House will need to hold a second vote on the newly modified bill.

“It is our intention to raise a point of order to remove these provisions from the conference report and require the House to vote on this bill again,” Sanders said. The House now expects to take another vote on the tax bill tomorrow morning, according to email from majority leader’s office; that vote would clear the bill for Trump’s signature, assuming the Senate passes the bill with the required changes later this evening.

Competence does not seem to be a strength of this Congress…

The Senate does its part:

he Senate voted 51-48 along party lines to pass the sweeping $1.5 trillion GOP tax bill a little after midnight Tuesday, leaving only the House to re-vote, likely on Wednesday morning, after it was discovered that several minor provisions in the legislation were in violation of Senate rules – requiring they be stripped from the bill. As Senator John Kennedy notably said on Tuesday “somebody screwed up.”

A Kennedy would be qualified to opine on that (screwing up).

Re-passed in the House:

Update: In a vote that almost exactly mirrored yesterday’s results, the House once again passed the final Trump tax bill – formerly known as the conference agreement on the Tax Cuts and Jobs Act – by a vote of 232-190. The only difference was that only one Republican voted against the bill during its second time around.

Off to President Trump for signature… 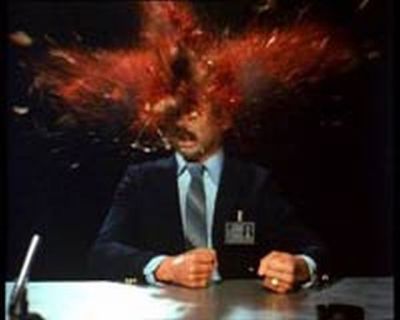