Former Congresswoman Gabby Giffords just gave us more proof that the left’s real goal with “gun control” is nothing short of a total elimination of the Second Amendment and a ban on all guns.

One of the first things that liberals insist when discussing “common sense gun control” is that they only want to make America safe, not put an end to the Second Amendment. They piously proclaim themselves to be stewards of the Constitution and insist that they don’t want to take your guns away from you.

But they are liars. And Giffords just proved it.

Giffords’ gun banning organization recently issued a report on guns wherein they insist that muzzleloaders are dangerous guns that need to be banned. In the report, Giffords calls on Congress to update federal gun laws to put an end to guns that could be turned into “military guns.”

Among the evil guns the group want eliminated are shotguns and, you guessed it, antique black powder muzzleloading guns. Muzzleloaders, Giffords claims, are dangerous because they are excluded from the National Firearm Act. They then accuse the firearm manufacturing industry of somehow “exploiting” that exemption… whatever that is supposed to mean.

“These laws prohibit convicted felons and other dangerous people from possessing guns, require gun retailers to be licensed, and require licensed retailers to conduct background checks on purchasers,” the report says. “There is one blanket exception to these laws, however: the exception for antique firearms, including muzzleloaders. The gun industry is determined to exploit this exception.”

Of course, “exploit” is a nice conspiratorial word to use, there, but it is empty of meaning. There is no “exploiting” going on. Some small numbers of black powder guns made in the style of the ancient, single-shot weapons are made for history reenactors and sportsmen, but no one is “exploiting” anything.

If you don’t know what a muzzleloader is, they are single-shot guns that take up to nine steps or more to load each time they are fired. While they can kill just like any other gun, they are hardly the sort of scary military guns that can be misused by criminals and mass shooters. They are also not the kind of weapon you’d see being used by street gangs in drive-by shootings.

Further, these guns have been completely outmoded for 150 years.

No, what we have here is proof that these anti-gun liberals don’t want “common sense” anything. They want to ban all guns, even guns that have been completely obsolete for 150 years. 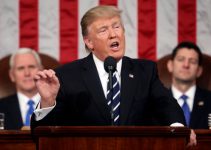