Home
Culture Of Corruption
Cutting Back the Infernal Revenue Service

Two pieces of good news today out of pestilential swamp on the Potomac River.

The Justice Department settled cases in lawsuits involving conservative groups who say they were targeted by the Internal Revenue Service under former President Barack Obama.

The settlements are pending approval by district courts, but involve the NorCal Tea Party Patriots — which included 428 members — and 41 plaintiffs in Linchpins of Liberty v. United States. In the lawsuits, the groups alleged their tax-exempt status was delayed by the IRS because of their connection to conservative ideals.

The lawsuit in the former was first filed in 2013, saying they had experienced extra scrutiny in March 2010 until the lawsuit was filed.

“Any entitlement to tax exemption should be based on the activities of the organization and whether they fulfill requirements of the law, not the policy positions adopted by members or the name chosen to reflect those views,” Attorney General Jeff Sessions said in a statement. “There is no excuse for this conduct. Hundreds of organizations were affected by these actions, and they deserve an apology from the IRS.”

The Justice Department said in 2015 that there was no conduct by IRS worthy of criminal charges.

I think that the null prose decision should be revisited…

President Trump made it official on Thursday that embattled IRS Commissioner John Koskinen will be out of a job next month.

Koskinen’s term ends on Nov. 12. He was eligible for reappointment, but Koskinen is fiercely opposed by congressional Republicans. Members of the House Freedom Caucus attempted but failed to impeach Koskinen last year, largely over his handling of the scandal involving former IRS official Lois Lerner.

And yes, the former President still owns this debacle. 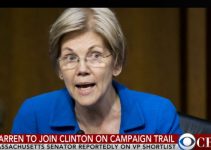