Craig Silverman, media editor at BuzzFeed, is credited as loosely coining the phrase fake news in his 11/23/14 article for the Poynter Institute’s website.

What Silverman means by fake news in his article is deliberately-fake news, such as the fake news that Donald Trump pardoned Kentucky clerk Kim Davis.

Since then, the phrase fake news has taken on new meaning. Now, the phrase also refers to news that is fake, but the one promoting the news believes that it is true.

All too often, the latter kind of fake news is the product of sloppy journalism on the part of someone with a political agenda.

A famous example of such coming from the political Left is the 09/08/04 60 Minutes II broadcast in which Dan Rather promoted an alleged scandalous story about then-President George W. Bush. The story was quickly exposed as being false. In a response to what Rather did, Larry Elder writes, “CBS’ Andy Rooney once called Dan Rather “transparently liberal” and advised him to “be more careful.” It appears Mr. Rather should have listened.”

The political Right has produced its own share of fake news. One such case took place in November of 2014, when the Breitbart website published a story pertaining to an appointee of then-President Barack Obama. That story was quickly exposed as being false, earning a Pants-on-Fire Rating from PolitiFact, a mocking from The Washington Post‘s Morning Mix and a skewering from Stephen Colbert.

The cases involving 60 Minutes II and Breitbart are cases in which fake news was accidentally reported. What about the alleged “fake news” that President Trump complains about? The Hill reports, “Trump has repeatedly attacked the media since he was elected, referring to the press as the “Fake News Media” almost daily.”

Responding to President Trump’s references to fake news, CNN’s Jake Tapper states, “Almost every single time he’s used that term, the news has been accurate. It’s just been news he doesn’t like.”

Responding to President Trump’s complaints about fake news, Chicago Tribune columnist Rex Huppke sarcastically writes, “Well, I, for one, feel just terrible. It was never my intention, as a journalist, to make the president of the United States feel like he’s under some form of scrutiny or that he should be held accountable for the words that fall out of his mouth.”

So, is President Trump really a victim of fake news, or is he making false claims of fake new in an attempt to bolster his approval rating? 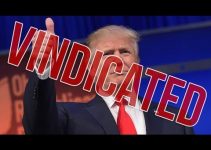