Just when I think California has hit rock bottom they inevitably break out the jackhammers. This time the Sacramento City Council called for explosives to deepen their hole.

SACRAMENTO — After a violent weekend of suspected gang-related shootings, Tuesday the Sacramento City Council took action to reduce the bloodshed.

The program is already in use in Richmond and is also being considered in Stockton. Some believes it can help curve [sic] violent crime.

Right. Heaven forfend they should curb violent crime, or prevent it. Let’s call this what it really is. These cities have decided to pay the Danegeld, and they seem to be to ignorant of history to understand the consequences of doing so. I turn to Kipling to explain the matter:

IT IS always a temptation to an armed and agile nation
To call upon a neighbour and to say: –
“We invaded you last night – we are quite prepared to fight,
Unless you pay us cash to go away.”

And that is called asking for Dane-geld,
And the people who ask it explain
That you’ve only to pay ’em the Dane-geld
And then you’ll get rid of the Dane!

It is always a temptation for a rich and lazy nation,
To puff and look important and to say: –
“Though we know we should defeat you,
we have not the time to meet you.
We will therefore pay you cash to go away.”

And that is called paying the Dane-geld;
But we’ve proved it again and again,
That if once you have paid him the Dane-geld
You never get rid of the Dane.

It is wrong to put temptation in the path of any nation,
For fear they should succumb and go astray;
So when you are requested to pay up or be molested,
You will find it better policy to say: —

“We never pay any-one Dane-geld,
No matter how trifling the cost;
For the end of that game is oppression and shame,
And the nation that plays it is lost!”

I think tar and feathers are called for.

No Man Is Above The Law
Confederacy Apologists Still In Denial
Tags:Cowards, Danegeld 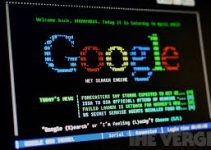