Regarding the U.S. Civil War, the majority of Southerners were not slave owners. So, why did Southern men who didn’t own slaves go to war against the U.S. government?

The April 2011 issue of Smithsonian Magazine gives a clue:

“While most Southerners did not own slaves, slave owners wielded power far beyond their numbers.”

Southerners who didn’t own slaves didn’t want to go to war against the U.S. government. It was the slave owners who wanted to form the Confederacy, and they wielded the political power in the South.

Plus, slave-owning preachers in the South added fuel to the fire by proclaiming that it was God’s will for black Americans to be enslaved. Civil War historian Allen C. Guelzo writes about the role that Southern preachers had in starting the Civil War:

“But Southern preachers and theologians chimed in with fully as much fervor, in claiming that God was on their side. A writer for the Southern quarterly, DeBow’s Review, insisted that since ‘the institution of slavery accords with the injunctions and morality of the Bible,’ the Confederate nation could therefore expect a divine blessing ‘in this great struggle.’ The aged Episcopal bishop of Virginia, Richard Meade, gave Robert E. Lee his dying blessing: ‘You are engaged in a holy cause.'”

Guelzo quotes Meade telling Lee, “I see it now as I have never seen it before. You are at the head of a mighty army, to which millions look with untold anxiety and hope. You are a Christian soldier — God thus far owns and blesses you in your efforts for the cause of the South. Trust in God, Gen. Lee, with all your heart. You will never be overcome — you can never be overcome.”

In a lecture for his students at Wake Forest University, Dr. Terry Matthews explains why Southern clergy supported slavery:

“Why did Southern Christianity feel such a pressing need to defend slavery? What was going on here? One reason for what transpired may relate to who owned slaves. As you may recall, not every Southerner owned slaves. In fact, only 1 in 11 did. But the major molders of public opinion did own slaves. This was true of educators, doctors, politicians, and preachers. Indeed, Richard Furman – the originator of the Biblical defense of slavery – was one such pastor. In South Carolina, for instance, 40% of Baptist preachers owned slaves. It is axiomatic that the beneficiaries of power are generally opposed to measures that would destroy their vested interests.”

. . . This is not to say that Southerners weren’t feeling guilty over the shift that was taking place, as James Oakes makes clear in the Ruling Race. In the chapter entitled “The Convenient Sin,” Oakes examines the diaries and other personal writings of Southerners and discovers that many were deeply troubled by their involvement in slavery, and attempted in various ways to rationalize or justify their participation in this terrible evil. Many became convinced that they were going to hell. Yet, there was too much money to be made. As a result, they could not bring themselves to give up such a lucrative system.”

“Soldiers had enlisted for twelve months only, and had faithfully complied with their volunteer obligations; the terms for which they had enlisted had expired, and they naturally looked upon it that they had a right to go home. They had done their duty faithfully and well. They wanted to see their families; in fact, wanted to go home anyhow. War had become a reality; they were tired of it. A law had been passed by the Confederate States Congress called the conscript act. A soldier had no right to volunteer and to choose the branch of service he preferred. He was conscripted.

A law was made by the Confederate States Congress about this time allowing every person who owned twenty negroes to go home. It gave us the blues; we wanted twenty negroes. Negro property suddenly became very valuable, and there was raised the howl of ‘rich man’s war, poor man’s fight.’ The glory of the war, the glory of the South, the glory and the pride of our volunteers had no charms for the conscript.

We were directed to re-elect our officers, and the country was surprised to see the sample of a conscript’s choice. The conscript had no choice. He was callous, and indifferent whether he had a captain or not. Those who were at first officers had resigned and gone home, because they were officers. The poor private, a contemptible conscript, was left to howl and gnash his teeth. The war might as well have ended then and there. The boys were ‘hacked,’ nay, whipped. They were shorn of the locks of their glory. They had but one ambition now, and that was to get out of the army in some way or other. They wanted to join the cavalry or artillery or home guards or pioneer corps or to be ‘yaller dogs,’ or anything.”

Yes, it was the Confederate foot-solders who described the Confederacy’s war against the U.S. government as being a “rich man’s war, poor man’s fight.” 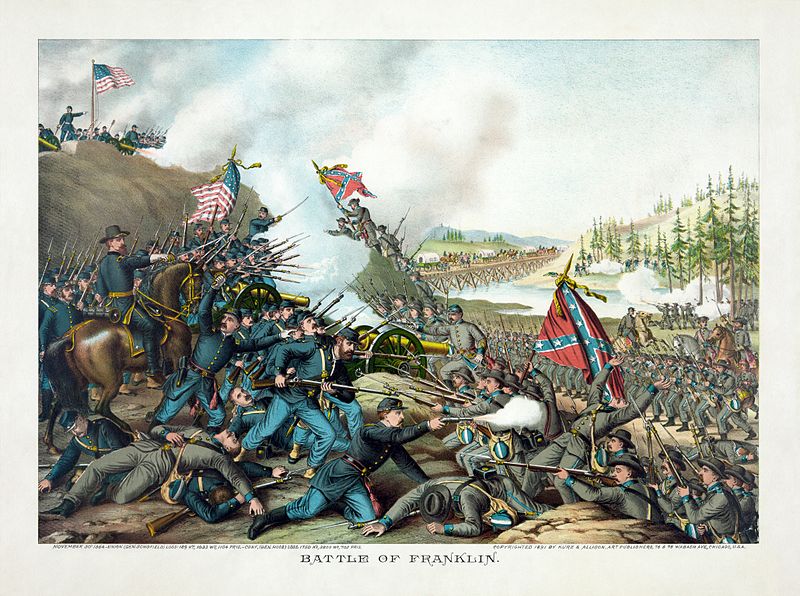 Note #1: In his memoir about the Civil War, Sam Watkins explains what the expression yaller dogs refers to:

“The average staff officer and courier were always called ‘yaller dogs,’ and were regarded as non-combatants and a nuisance, and the average private never let one pass without whistling and calling dogs.”

Note #2: Prior to the Civil War, some members of my Southern family were slave owners. As I mention in one of my other posts, one of my ancestors was a Confederate soldier. Apparently, he didn’t own 20 or more slaves, because he remained in the Civil War until it ended.