This week’s Weekend Caption Contest™ paid homage to Bastille Day as the man representing those who keep France free is pictured, along with the President of France. The assignment this week was to caption the following picture: 2) (Rock ThisTown) – “We appreciate the Statue of Liberty & all, but we’re through saving your ass.”

5) (jim_m) – I told him that I was so very impressed how France continues to produce more douches than any other nation. I don’t understand why he was so offended.

6) (rodney dill) – “So what can you teach me about macron-economics?”

(Retired military) – Macron “What do you consider is the best perk of being US president?”
Trump “Well since it is 3 am on the east coast I will show you. Give me your phone”
Trump dials a number
Trump “Hello. Huma? Roll over and tell Hillary to stop snoring and that she still isnt President”

(Mike) – “What’s he got that I haven’t got? Other than millions of dollars, a fashion model wife, and the Presidency of the United States?”

(BluesHarper) – An Italian, a Frenchman & President Trump are all sitting around talking about who is the greatest lover.

The Italian guy says he drops rose peddles all over her body and slowly licks them off – it drives women crazy.

The French guy says he drips wine all over her body and slowly licks it off – it drives women mad.

After little thought, President Trump says, after sex I wipe my dick off on the curtains – it drives Melania nuts. 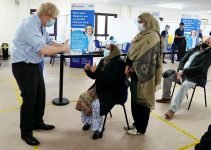