I’ve been slow in blogging on this as I really didn’t want to have to link to the Slimes. Blessedly the indispensable Glenn Instapundit Reynolds found and linked a piece from the American Interest:

As part of its weekly essay series on the legacy of the Russian Revolution, the New York Times has earnestly broken the news to its readers that the American Communist Party wasn’t a principled and well-meaning organization but an anti-American espionage operation:

From its founding in 1919 in the wake of the Russian Revolution until the demise of the Soviet Union in 1991, the Communist Party of the United States of America was an instrument of Soviet foreign policy. […]

The C.P.U.S.A. dutifully spread the lies put out by Moscow. The party thus insisted that the show trials during Stalin’s purges had uncovered a vast capitalist plot against the Soviet leader. Party members dutifully repeated Soviet fabrications that Trotsky had been in the pay of the Nazis. Worst of all, many Communists applauded the execution of tens of thousands of Soviet comrades, denouncing those who were executed as bourgeois spies and provocateurs.

The Gods of the Copybook Headings are no doubt smiling. The anonymous writer at the American Interest continues:

It will be interesting to read the pieces that come out 25 to 50 years too late, as the august Gray Lady awakens to other important news:

Iran was a committed enemy of the United States.

Abortion was an unspeakable tragedy that led to millions of unnecessary deaths.

Press bias and lack of self-awareness plus elite policy failures made the Trump presidency possible.

Social programs like Medicare were actually bankrupting the country.

Public service unions blighted the prospects of generations of immigrants and poor people of color in American cities.

The collapse of free speech on college campuses was abetted by cowards and time servers who betrayed fundamental American principles.

Better late than never, we suppose…

"Evangelical" Does Not Equal "Political"
Wizbang Weekend Caption Contest™
Tags:Wrong but not Regetful 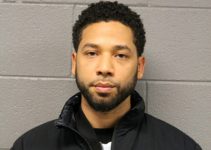