This week’s Weekend Caption Contest™ was a bit quiet. We barely got into double winners per post territory. I guess everyone was celebrating the annual rite of elitists giving each other awards for memorizing and repeating things other people wrote and faking emotions. But enough about the DNC meeting…
The assignment this week was to caption the following picture: 1) (Retired military) – “I don’t know what is going on here but I am sure it will be followed by mass hysteria from the media while they dress up in sack cloth and ashes.”

(Rick Adams) – “I think this is the only photo of Bannon I’ve ever seen in which he doesn’t look like spent the night on a park bench after losing a 2 am bar fight.”

2) (Joe_Miller) – “Bannon stuns the audience at CPAC by doing a powerful rendition of “You’re Having My Baby” to Reince Priebus.”

(Paul Hooson) – “Least known song by The Who, “THE MAGIC PRIEBUS”.”

(yetanotherjohn) – “You know, if you re-arrange the letters in their names it spells: Liberal heads blown apart.”

(Mike) – “Yet another success from eHarmony!”

6) (RadiCalMan) – “The “Stephen & Reince Show” will be taking names and kicking lefttards, for the foreseeable future.”

(rodney dill) – “Steve: (As Carnac the Magnificent): The answer is a “Crowbar.”
Reince: “…and the Question is: Where Milo comes from, how do they separate the men from the boys?”

(fustian24) – “Hey Reince, what’s the difference between Hillary Clinton and a case of gonorrhea?

Simple. You can get rid of gonorrhea.” 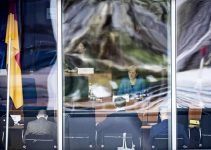 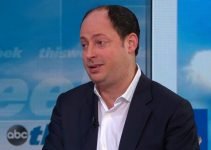