Left-wing lunacy was on display again on 01/23/17, right after President Trump signed an executive order that affirmed “an existing law that bans federal funding for foreign nongovernmental organizations that promote or pay for abortions.”

The so-called Mexico City Policy “requires foreign non-governmental organizations to not provide or promote abortion services if they receive funds from the U.S. government. Specifically, the funds would come from the United States Agency for International Development, and abortion cannot be presented as a “method of family planning.” Promoting abortion services includes work such as counseling for women that includes language on abortions.”

From The Hill: “Democrats denounced the order as reflecting a “dangerous obsession” with rolling back reproductive rights. “President Trump’s reinstatement of the Global Gag Rule ignores decades of research, instead favoring ideological politics over women and families,” said Sen. Jeanne Shaheen (D-N.H.) in a statement.”

It is lunacy for members of the political Left to protest President Trump’s signing of this particular executive order for one reason: It does not affect Americans.

For some strange reason, the ones protesting the executive order believe that it is the job of the U.S. government to take care of non-Americans who live in other nations.

It doesn’t matter whether or not the executive order pertains to abortion. What matters is that the U.S. government has no duty or obligation to provide money to foreign non-governmental charities in the first place.

Simply put, with the national debt being as large as it is, the USA can’t afford to take care of foreigners in foreign lands year around. It is one thing to provide other nations with disaster relief during acute situations. It is another thing to provide other nations with financial aid for chronic situations that aren’t a threat to their national security or the USA’s.

After all, classic Liberals are generous with their own money. How could have I forgotten that? 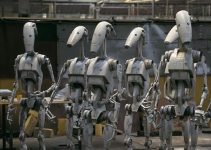