This week’s Weekend Caption Contest™ was great, although the videos of Paul Ryan laughing as various Democrat representatives tried to argue with the final review of the Electoral College results in the House are even better. Definitely look those videos up-they’re a side splitting tour-de-force. There were over two hundred entries so we have double winners for each place. The assignment this week was to caption the following picture: (rodney dill) – ““Then Schumer said he regretted changing the filibuster, and I said, at this point what difference does it make?””

2) (cathymv) – “And we woke up again this morning and HIllary STILL isn’t the President!” 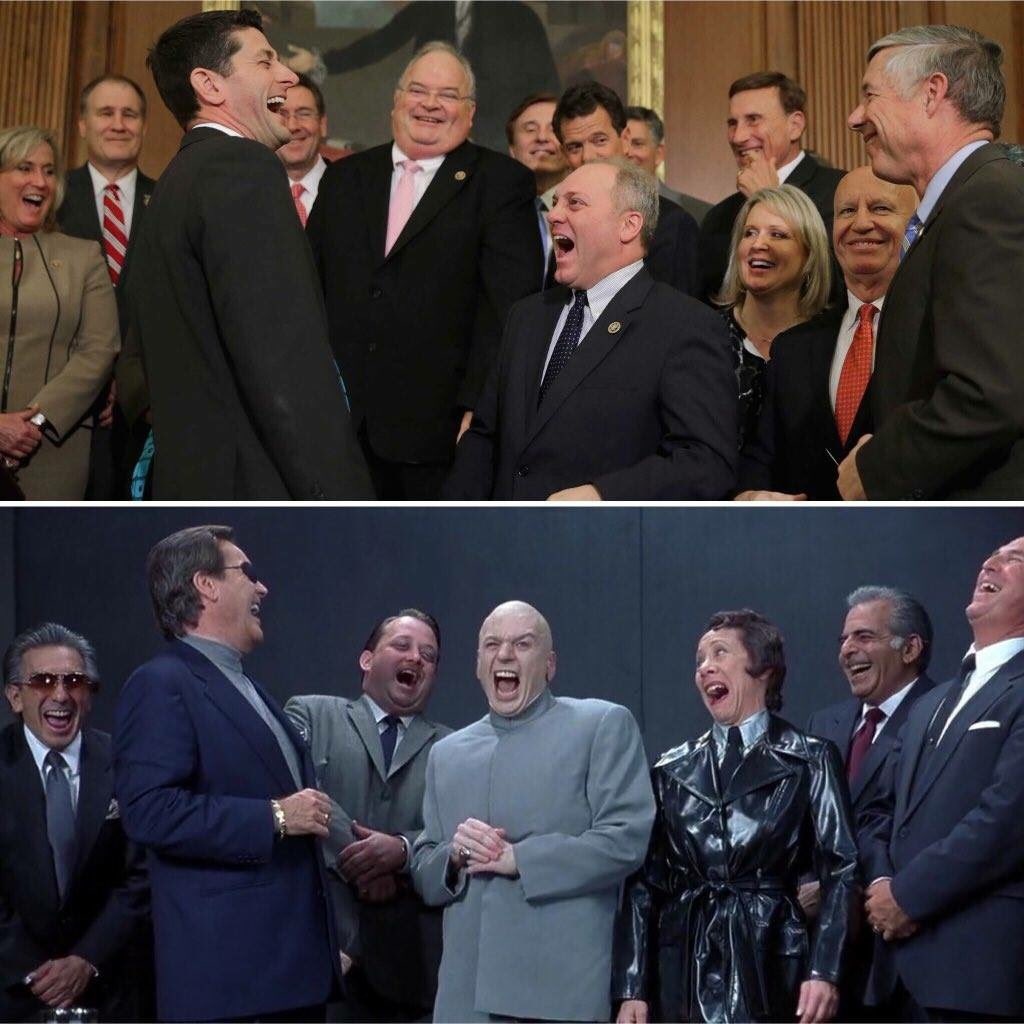 4) (Brian Brandt) – “Can you imagine. Some constituent wanted to talk to me today!”

(jim_m) – “GOP House Leadership is encouraged about their bipartisan efforts with the Lollipop Guild.”

(David Robertson) – ““So, I told President Obama, ‘If you like your legacy, then you can keep your legacy.'””

(Scorpion) – “The official response to the “I Told Him To Cut It Out” comment to Putin.”

(Mary Gehman) – ““Leave it to you to bring a couple of pussies to a cock fight.””