Various of us here at Wizbang have been pointing out that the 0bama [mal]Administration’s  Economic Recovery has largely emulated their Transparency: Ain’t no such things.

US economy: No recovery, wages in reverse

Now they tell us.

A new report on the economy finds that productivity growth is at a 50-year low and that much of the positive talk about the nation’s financial situation in the last election, much of it coming from the administration, was a lie.

Being Dhimmocrats, that is what they do best.  Lie.

Actually improve the economy?  Not so much.

Line their own pockets?  You betcha. The report from the U.S. Council on Competitiveness and Gallup finds that for many, the economy is in reverse despite claims that there is an active recovery ongoing, complete with new jobs. “Conventional wisdom — as reported in many major newspapers and media — tells us the U.S. economy is ‘recovering.’ Well-meaning economists, academics and government officials use the term ‘recovery’ when discussing the economy, implying that growth is getting stronger. The study finds there is no recovery. Since 2007, U.S. GDP per capita growth has been 1,” according to Gallup Chairman Jim Clifton.

“As this report makes clear,” added Council President Deborah Wince-Smith, “productivity growth is in a serious multi-decade-long slump that is dangerously close to stalling completely.”

The last eight years have been an un-mitigated Economic Disaster for these United States.

Time and past time to declare the end of the Error and move on to something that works. 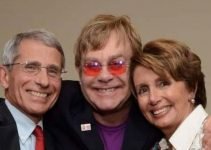