I’ve been trying to figure out what common trait binds Clinton supporters together. As far as I can tell, the most unifying characteristic is a willingness to bully in all its forms.

If you have a Trump sign in your lawn, they will steal it.

If you have a Trump bumper sticker, they will deface your car.

if you speak of Trump at work you could get fired.

On social media, almost every message I get from a Clinton supporter is a bullying type of message. They insult. They try to shame. They label. And obviously they threaten my livelihood.

We know from Project Veritas that Clinton supporters tried to incite violence at Trump rallies. The media downplays it.

We also know Clinton’s side hired paid trolls to bully online. You don’t hear much about that.

Yesterday, by no coincidence, Huffington Post, Salon, and Daily Kos all published similar-sounding hit pieces on me, presumably to lower my influence. (That reason, plus jealousy, are the only reasons writers write about other writers.)

Joe Biden said he wanted to take Trump behind the bleachers and beat him up. No one on Clinton’s side disavowed that call to violence because, I assume, they consider it justified hyperbole.

Team Clinton has succeeded in perpetuating one of the greatest evils I have seen in my lifetime. Her side has branded Trump supporters (40%+ of voters) as Nazis, sexists, homophobes, racists, and a few other fighting words. Their argument is built on confirmation bias and persuasion. But facts don’t matter because facts never matter in politics. What matters is that Clinton’s framing of Trump provides moral cover for any bullying behavior online or in person. No one can be a bad person for opposing Hitler, right?

The cognitive dissonance should be impressive.  Unless, of course, the Hillary partisans have no cognition. Trump's Surrogates Flipping Out
Another Sign Of The End of Times
Tags:Bullies are as bullies do 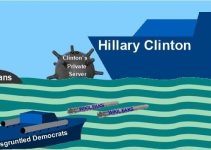 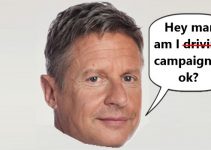