The political blogs are aflame with analyses of the implications and repercussions of the October Surprise from the Democratic Operatives with bylines (as The Instapundit refers to what I call the LSM).

I think Scott “Dilbert” Adams sums it up neatly.

Why Does This Happen on My Vacation? (The Trump Tapes)

By now you know about the Access Hollywood recording in which Donald Trump said bad things eleven years ago. Many of my readers asked me to weigh in. One of the requests came from anti-Trump GOP elite person Erick Erickson. (Middle name Erick, I assume.) This was his polite request and my response. Read it from bottom to top.

I’ll give you my thoughts, in no particular order.

1. If this were anyone else, the election would be over. But keep in mind that Trump doesn’t need to outrun the bear. He only needs to outrun his camping buddy. There is still plenty of time for him to dismantle Clinton. If you think things are interesting now, just wait. There is lots more entertainment coming.

2. This was not a Trump leak. No one would invite this sort of problem into a marriage.

3. I assume that publication of this recording was okayed by the Clinton campaign. And if not, the public will assume so anyway. That opens the door for Trump to attack in a proportionate way. No more mister-nice-guy. Gloves are off. Nothing is out of bounds. It is fair to assume that Bill and Hillary are about to experience the worst weeks of their lives.

Scott’s third point has already come to pass. The LSM just walked into a Trump photo opportunity before tonight’s debate only to find him seated with four of Bill Clinton’s accusers as he live streamed his own press conference with them.

5. I assume that 75% of male heads of state, including our own past presidents, are total dogs in their private lives. Like it or not, Trump is normal in that world.

6. As fictional mob boss Tony Soprano once said in an argument with his wife, “You knew what you were getting when you married me!” Likewise, Trump’s third wife, Melania, knew what she was getting. It would be naive to assume Trump violated their understanding.

7. Another rich, famous, tall, handsome married guy once told me that he can literally make-out and get handsy with any woman he wants, whether she is married or not, and she will be happy about it. I doubted his ridiculous claims until I witnessed it three separate times. So don’t assume the women were unwilling. (Has anyone come forward to complain about Trump?) [Update: Yes, they have. That’s why I say this now.]

8. If the LGBTQ community wants to be a bit more inclusive, I don’t see why “polyamorous alpha male serial kisser” can’t be on the list. If you want to label Trump’s sexual behavior “abnormal” you’re on shaky ground.

9. Most men don’t talk like Trump. Most women don’t either. But based on my experience, I’m guessing a solid 20% of both genders say and do shockingly offensive things in private. Keep in mind that Billy Bush wasn’t shocked by it.

10. Most male Hollywood actors support Clinton. Those acting skills will come in handy because starting today they have to play the roles of people who do not talk and act exactly like Trump in private.

11. I’m adding context to the discussion, not condoning it. Trump is on his own to explain his behavior.

12. Clinton supporters hated Trump before this latest outrage. Trump supporters already assumed he was like this. Independents probably assumed it too. Before you make assumptions about how this changes the election, see if anyone you know changes their vote because of it. All I have seen so far is people laughing about it.

12. I hereby change my endorsement from Trump to Gary Johnson, just to get out of the blast zone. Others will be “parking” their vote with Johnson the same way. The “shy Trump supporter” demographic just tripled.

13. My prediction of a 98% chance of Trump winning stays the same. Clinton just took the fight to Trump’s home field. None of this was a case of clever strategy or persuasion on Trump’s part. But if the new battleground is spousal fidelity, you have to like Trump’s chances.

14. Trump wasn’t running for Pope. He never claimed moral authority. His proposition has been that he’s an asshole (essentially), but we need an asshole to fight ISIS, ignore lobbyists, and beat up Congress. Does it change anything to have confirmation that he is exactly what you thought he was?

My thoughts above have more to do with reason than persuasion. And that means you can ignore all of it because reason is not part of decision-making when it comes to politics. On the persuasion level, all that matters is whether this new development changes what you already assumed about Trump.

Personally, it didn’t change what I assumed about Trump’s personal life. Your mileage may vary.

For myself, I agree with Mr. Adams. This has not changed my opinion of either of the Major Party nominees for President. Nor has it given me cause to change my advice for this election. Things are about to get interesting in a very ugly way. 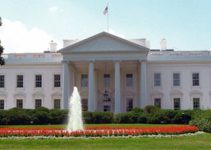