Which I could as well have headlined:

Endorsement Made Under Duress Rescinded I noted this in my On Civic Duty post back on June 5th.  In Mr. Adams own words:

So I’ve decided to endorse Hillary Clinton for President, for my personal safety. Trump supporters don’t have any bad feelings about patriotic Americans such as myself, so I’ll be safe from that crowd. But Clinton supporters have convinced me – and here I am being 100% serious – that my safety is at risk if I am seen as supportive of Trump. So I’m taking the safe way out and endorsing Hillary Clinton for president.

My response then was:

Ah, no. Hillary is Qualified only for a prison cell for the rest of her natural life.

Which position I still hold, and which I will continue to hold until such time as Trump gives me reason to believe he will indeed uphold and support the Constitution of the United States, and the laws duly enacted thereunder.

Here is Mr. Adams’ accounting of his “change” of endorsement:

Why I Switched My Endorsement from Clinton to Trump

As most of you know, I had been endorsing Hillary Clinton for president, for my personal safety, because I live in California. It isn’t safe to be a Trump supporter where I live. And it’s bad for business too. But recently I switched my endorsement to Trump, and I owe you an explanation. So here it goes.

Given the uncertainty about each candidate – at least in my own mind – I have been saying I am not smart enough to know who would be the best president. That neutrality changed when Clinton proposed raising estate taxes. I understand that issue and I view it as robbery by government.

I’ll say more about that, plus some other issues I do understand, below.

2. Confiscation of Property: Clinton proposed a new top Estate Tax of 65% on people with net worth over $500 million. Her website goes to great length to obscure the actual policy details, including the fact that taxes would increase on lower value estates as well. See the total lack of transparency here, where the text simply refers to going back to 2009 rates. It is clear that the intent of the page is to mislead, not inform.

So don’t fall for the claim that Clinton has plenty of policy details on her website. She does, but it is organized to mislead, not to inform. That’s far worse than having no details.

The bottom line is that under Clinton’s plan, estate taxes would be higher for anyone with estates over $5 million(ish). I call this a confiscation tax because income taxes have already been paid on this money. In my case, a dollar I earn today will be taxed at about 50% by various government entities, collectively. With Clinton’s plan, my remaining 50 cents will be taxed again at 50% when I die. So the government would take 75% of my earnings from now on.

Yes, I can do clever things with trusts to avoid estate taxes. But that is just welfare for lawyers. If the impact of the estate tax is nothing but higher fees for my attorney, and hassle for me, that isn’t good news either.

You can argue whether an estate tax is fair or unfair, but fairness is an argument for idiots and children. Fairness isn’t an objective quality of the universe. I oppose the estate tax because I was born to modest means and worked 7-days a week for most of my life to be in my current position. (I’m working today, Sunday, as per usual.) And I don’t want to give 75% of my earnings to the government. (Would you?)

3. Party or Wake: It seems to me that Trump supporters are planning for the world’s biggest party on election night whereas Clinton supporters seem to be preparing for a funeral. I want to be invited to the event that doesn’t involve crying and moving to Canada. (This issue isn’t my biggest reason.)

4. Clinton’s Health: To my untrained eyes and ears, Hillary Clinton doesn’t look sufficiently healthy – mentally or otherwise – to be leading the country. If you disagree, take a look at the now-famous “Why aren’t I 50 points ahead” video clip. Likewise, Bill Clinton seems to be in bad shape too, and Hillary wouldn’t be much use to the country if she is taking care of a dying husband on the side.

5. Pacing and Leading: Trump always takes the extreme position on matters of safety and security for the country, even if those positions are unconstitutional, impractical, evil, or something that the military would refuse to do. Normal people see this as a dangerous situation. Trained persuaders like me see this as something called pacing and leading. Trump “paces” the public – meaning he matches them in their emotional state, and then some. He does that with his extreme responses on immigration, fighting ISIS, stop-and-frisk, etc. Once Trump has established himself as the biggest bad-ass on the topic, he is free to “lead,” which we see him do by softening his deportation stand, limiting his stop-and-frisk comment to Chicago, reversing his first answer on penalties for abortion, and so on. If you are not trained in persuasion, Trump look scary. If you understand pacing and leading, you might see him as the safest candidate who has ever gotten this close to the presidency. That’s how I see him.

So when Clinton supporters ask me how I could support a “fascist,” the answer is that he isn’t one. Clinton’s team, with the help of Godzilla, have effectively persuaded the public to see Trump as scary. The persuasion works because Trump’s “pacing” system is not obvious to the public. They see his “first offers” as evidence of evil. They are not. They are technique.

And being chummy with Putin is more likely to keep us safe, whether you find that distasteful or not. Clinton wants to insult Putin into doing what we want. That approach seems dangerous as hell to me.

6. Persuasion: Economies are driven by psychology. If you expect things to go well tomorrow, you invest today, which causes things to go well tomorrow, as long as others are doing the same. The best kind of president for managing the psychology of citizens – and therefore the economy – is a trained persuader. You can call that persuader a con man, a snake oil salesman, a carnival barker, or full of shit. It’s all persuasion. And Trump simply does it better than I have ever seen anyone do it.

The battle with ISIS is also a persuasion problem. The entire purpose of military action against ISIS is to persuade them to stop, not to kill every single one of them. We need military-grade persuasion to get at the root of the problem. Trump understands persuasion, so he is likely to put more emphasis in that area.

Most of the job of president is persuasion. Presidents don’t need to understand policy minutia. They need to listen to experts and then help sell the best expert solutions to the public. Trump sells better than anyone you have ever seen, even if you haven’t personally bought into him yet. You can’t deny his persuasion talents that have gotten him this far.

In summary, I don’t understand the policy details and implications of most of either Trump’s or Clinton’s proposed ideas. Neither do you. But I do understand persuasion. I also understand when the government is planning to confiscate the majority of my assets. And I can also distinguish between a deeply unhealthy person and a healthy person, even though I have no medical training. (So can you.)

Weekend Caption Contest™ Winners Sept 23, 2016
Is There No Democrat Who Will Carry Out Their Duty?
Tags:Persuasion 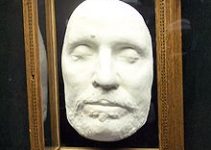