Home
2016 Election
Still Mindful That I May Be Mistaken, I Present For Your Consideration…

…Another View With Which I Don’t Agree.

I have no strong opinion at this point on who will be sworn in on January 20th, 2017.  While I look forward to uttering the name of the current President no more, I have no good opinion as to either major party candidate’s suitability for office. Others are far more certain:

The Race for President is (Probably) Over

If you are following breaking news, Hillary Clinton abruptly left the 9-11 memorial today because she was reportedly “overheated.” Her campaign says she is fine now.

You probably wonder if the “overheated” explanation is true – and a non-issue as reported – or an indication of a larger medical condition. I’m blogging to tell you it doesn’t matter. The result is the same.

If humans were rational creatures, the time and place of Clinton’s “overheating” wouldn’t matter at all. But when it comes to American psychology, there is no more powerful symbol of terrorism and fear than 9-11 . When a would-be Commander-in-Chief withers – literally – in front of our most emotional reminder of an attack on the homeland, we feel unsafe. And safety is our first priority.

From Dilbert’s keyboard to the Almighty’s Monitor.

Which, I add, is not an endorsement of the Republican Candidate.

The mainstream media might not interpret today’s events as a big deal. After all, it was only a little episode of overheating. And they will continue covering the play-by-play action until election day. But unless Trump actually does shoot someone on 5th Avenue, he’s running unopposed.

I think it remains too early and conditions remain sufficiently unsettled to make that call.

But he may be right. 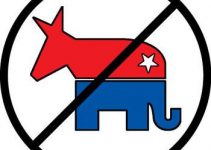 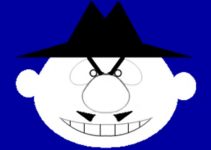