This week’s Weekend Caption Contest™ was certainly lively-unlike the person pictured. The assignment this week was to caption the following picture:

2) (Paul Hooson) – ““Make-up? This morning I need to call in building contractors and take bids!””

5) (Par4Course) – “Could you repeat that question? Somebody’s wiped my memory – like with a cloth.”

(rodney dill) – “The years have not been kind to Gene Wilder.”

(Retired military) – “NY Times reporter “And a rested, rejuvenated Hillary comes back after a week of rest and raring to go for the final push to her being elected the best President the country has ever had””

(fustian24) – “Hillary is so ugly that if she worked in a pet store, people would keep asking how big she was going to get.”

(yetanotherjohn) – “Near as I can tell, Bill shaved his dog’s ass and taught it to walk backwards.”

(Joe_Miller) – “No one seems to notice that she’s wearing Bill’s balls as earrings.”

Mexico vs. Donald Trump
Fracking and Earthquakes: A Connection 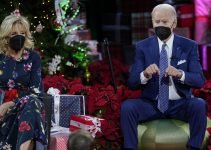