In her presidential bid, Hillary Clinton has made job creation a centerpiece of her platform, casting herself as a pragmatist who would inspire “the biggest investment in new, good-paying jobs since World War II.’’

Her argument that she would put more Americans to work has focused on her time in the Senate, when she took on the mission of creating jobs in chronically depressed Upstate New York. As her husband, former president Bill Clinton, put it recently, she became the region’s “de facto economic development officer.”

But nearly eight years after Clinton’s Senate exit, there is little evidence that her economic development programs had a substantial impact on upstate employment. Despite Clinton’s efforts, upstate job growth stagnated overall during her tenure, with manufacturing jobs plunging nearly 25 percent, according to jobs data.

The former first lady was unable to pass the big-ticket legislation she introduced to benefit the upstate economy. She turned to smaller-scale projects, but some of those fell flat after initial glowing headlines, a Washington Post review shows. Many promised jobs never materialized and others migrated to other states as she turned to her first presidential run, said former officials who worked with her in New York.

Clinton’s self-styled role as economic promoter also showcases an operating style that has come to define the political and money-making machine known to some critics of the former first couple as Clinton Inc. Some of her pet economic projects involved loyal campaign contributors, who also supported the Clinton Foundation, The Post review shows.

The Post was unable to confirm that number, and the state agency does not use Upstate New York as a specific regional area to measure employment. Different agencies use different metrics to count jobs, and definitions of what constitutes upstate New York vary.

The most authoritative jobs numbers are widely considered to be those from the U.S. Bureau of Labor Statistics (BLS). Multiple analyses of its New York data show that upstate actually lost jobs during Clinton’s first term. For example, the non-partisan Public Policy Institute in Albany — which uses BLS data for a monthly snapshot of Upstate New York — reported that the region lost more than 31,000 payroll jobs between October 2001 and December 2006. 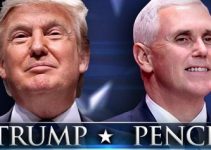