Please go away! The vile stuff that you spew has reached a level that is appalling even to right-wing extremists.

If Donald Trump wants his Sister Souljah moment, then all that he has to do is to rebuke you in front of a national audience . . . and he should.

What did you say that is loathsome even to your ideological kin? This: What you said is so disgusting that even Erick Erickson knows it. Yes, Khizr Khan was angry, and he has just cause to be angry. His son made the ultimate sacrifice for America. 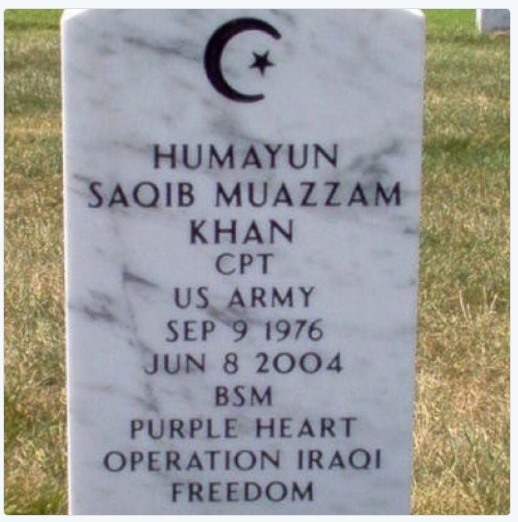 Coulter, you screwed up big time. You didn’t criticize any of the contents of Khizr Khan’s speech at the Democratic National Convention. Instead, you attacked Khizr Khan as a person. Why? Because he is an immigrant with a thick accent and because he is a Muslim.

Here is a news flash for you, Coulter:

Mr. Khan was correct when he pointed out the U.S. Constitution’s ban on religious discrimination by government officials. Like it or not, Donald Trump did propose a temporary ban on Muslim immigrants, although he has amended his proposal by suggesting a temporary ban on immigrants from “countries that are hotbeds of radical activity.” Your ranting against Mr. Khan doesn’t change the fact that Trump originally proposed something that would be a violation of the 1st Amendment.

Coulter, your tweet reveals anti-immigrant bigotry. You aren’t against illegal immigration only, as the Republican Party is. You are also against legal immigration by people who don’t meet the criteria of your liking.

Indeed, during a video-recorded interview, you were asked what would happen if Hillary Clinton won the the presidential election, and you responded with an attack on immigrants, saying, “If Hillary wins, we’re going to be overwhelmed with refugees, with immigrants. That’s it. It’s lights out America.”

Seriously, Coulter, you have jumped the shark more often than the Fonz and Ian Ziering combined. The reason that you survive in the SYFY movie Sharknado 3 is because you are so distasteful that not even sharks want to eat you.

Come to think of it, if a movie about you were to be made, then you would be the shark.