This week’s Weekend Caption Contest™ was…illuminating. There were many great captions so make sure to read through them all. In addition, this week I am unveiling some additional captioning awards based on the feedback you all gave a couple of weeks ago. The assignment this week was to caption the following picture: 4) (yetanotherjohn) – “Apparently the MSM is putting Pence under a little more scrutiny than they would a democrat.”

5) (Mary Gehman) – “GOP VP Nominee Mike Pense perfecting his “deer in the headlights” look…for those times when he is shocked by what comes out of Trump’s mouth.”

Pence: We got copies of all Hill’s deleted emails from a 12-year old hacker.”

(RestlessLegs) – “Wow. Chris Christie would never have fit in here.”

(Olsoljer)-“Please Lord, give me the strength to keep from choking the shit out of that Texas traitor!”

(fustian24) – “Sure, if you’re down with a general coarsening of the culture.

Anybody can win the caption contest if they’re willing to drop an A-bomb or two.

Seems to me like she didn’t need to use that word. What’s wrong with “behindular regions”? It’s cute.

And, who denies that this is every bit as funny, but without the crudeness of the original:

“I’d like to see things from their point of view, but I can’t get my head that far up my Hershey highway.”
I mean, who doesn’t love chocolate?” 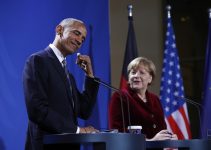