Jen Fitz has a suggestion for those of you who, like me, will not be casting a vote for either Hillary or Trump in November:

If there were a morally acceptable candidate offered by either major party, of course you could vote for that person in clear conscience.  There isn’t, and therefore many people are settling for choosing the least-bad candidate.

Voting third party is the most effective way for you to bring about a change of regime.

When you vote third party, you send a clear, unequivocal message that is formally recorded and measured.  You indicate to the major parties, and to the rest of the citizenry, which way the reform needs to go in order to field a winning candidate.

Voting third party will not cause the person you cast your vote for to win.  It will, however, cause the next round of candidates, at every level of elected office, to seek to be more like what it would take to win your vote.

Candidates need your vote.  They watch the polls and try to read the wind and guess which way to shift in order to ride popular opinion.

By voting third party, you most clearly communicate what your expectations are and how the next cycle’s candidates need to be different.  Among other benefits, voting third party informs the major parties what kinds of candidates they should support at the local and state level — which candidates feed the system for the years ahead.

If you care about the future, don’t settle for the sick feeling that comes from knowing that you helped fuel the victory of some person whose policies you abhor.  Vote like you mean for your republic to still be a functioning democracy ten, twenty, even two-hundred years from now.

She cites others who have similar ideas so read the entire piece.

I’ve been thinking more and more about what I plan to do in November.  Earlier, I was seriously considering writing somebody, anybody, in for President as I know with certainty that I cannot in good conscience vote for Trump, whose moral failings, his lack of foreign policy knowledge and his constitutional ignorance rule him out.  Nor could I vote for for Hillary who I see to be the most corrupt politician in modern history and whose party has made a complete mess of things whenever and wherever they’ve been in power.

Roughly a week ago, I started seriously thinking about The Constitution Party as a plausible alternative though as of this writing, they’re not yet on the ballot here in my home state.

What say those of you out there who won’t be voting for either Hillary or Trump?  What will you folks be doing?

The country’s dying to know. 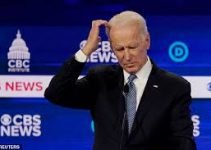