Home
Catholic Thought
“Why do people practically leap at the opportunity to imagine scenarios in which people will be damned?” David Mills is analyzing the need some Christians seem to have to not extend mercy:

Some Catholics have a problem with mercy. It comes out in the way they react to the preaching of God’s great love and kindness, and often in the way they react to Pope Francis when he stresses it. They don’t react with “This is amazing,” but with earnest warnings not to take mercy too far. Sometimes the cautionary word must be said, but it shouldn’t be a Catholic’s first response to the proclamation of mercy.

The other day on his Facebook page the indispensable Scott Eric Alt quoted the Catechism on the extenuating conditions for suicide (“grave psychological disturbances,” for example) and the possibility that the suicide can be saved. Seemed simple and nothing to argue with.

It was, for some people. The very first commenter warned that the conditions don’t always apply. Another person objected more strongly. “So many people want to fling the door wide open when the Church opens the door a crack to allow for hope. Doing this flinging open suddenly diminishes the severity of sin and would be a sin in itself.” A few others in what turned into a very long discussion jumped in with similar criticisms, even after Scott and others pointed out that no one was making the point the critics were criticizing.

At one point Scott responded: “When I speak about this subject, like similar ones (the fate of babies who die unbaptized), I always find I have to explain that the urge to compassion does not mean that anyone is ‘flinging the door wide open’ and claiming certainty about whether such and such a person is in Heaven.” But that is, in my experience as well as his, what a substantial number of engaged Catholics think and they leap to say so. All he’s offering, Scott explained,

is an urge for compassion — and compassion only — toward people who are suffering so badly they feel there is no escape but to kill themselves. This does not mean suicide becomes something other than grave matter, and it does not mean that any particular person is necessarily saved. It means we don’t know, we leave it to God, we trust in God’s mercy, and we have compassion for the human suffering in front of us.

I would say that there’s something weirdly wrong with the people who react like this, as if the Christian’s first responsibility is not to proclaim the good news of salvation but to make sure that no one presumes upon God’s offer. They sound like (not are, but sound like, let me stress) border guards who don’t care about their country’s virtues but hate the idea that anyone might sneak in.

Other people have noticed this. One of the other commenters wrote, “It’s always telling to me how quickly people point to ‘Oh don’t sound merciful, it will only encourage the sinner’ in such situations.” Another asked: “Why do people practically leap at the opportunity to imagine scenarios in which people will be damned? . . . Few things are a bigger turn-off to non-Christians than the apparent zeal to damn others in conversations about extreme suffering.”

Mr. Mills goes on to opine that people who tend not to extend mercy, tend not to see their own need for mercy.

Read the whole thing and chime in.  I find the subject fascinating… and I personally think David is hitting the nail on the head.

Whiteness Nothing To Apologize For
Pseudo Reporter Michelle Fields Returns 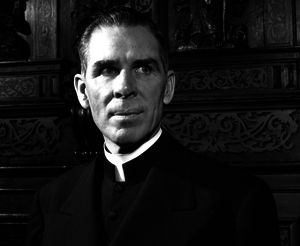