Hillary Clinton’s coronation as the Democratic Party’s presidential nominee wasn’t supposed to be like it is now.

The coronation was supposed to be a slam dunk, a shoo-in, a cakewalk.

The Democratic Party establishment had high hopes that Clinton’s coronation would be a done deal while the Republican Party was still at odds over who would be the GOP presidential nominee.

Now, Clinton’s supporters are directing their anger at Sanders. In a Salon column, David Niose writes, “Many Democrats are having difficulty accepting the fact that Clinton, despite her résumé, is a weak politician. In this state of denial, their defense of Clinton becomes aggressive, as they lash out at Bernie Sanders for staying in the race, implying that Clinton has earned the right to glide to the finish line unopposed.”

The prolonging of of Sanders’ presidential campaign has some Democrats worried that it is hindering Clinton’s general-election campaign. In a Daily Beast opinion piece, Joy-Ann Reid writes, “Some Democratic operatives are starting to worry that Sanders’ zombie campaign is preventing Hillary Clinton — who possesses some real flaws as a candidate, from her inability to deliver a big speech to the ongoing drag from her paid speeches and her private email server — from focusing her full attention and resources on the real target.”

The candidate’s clear shot at Clinton as part of the “status quo,” the tit-for-tat with Reid and the rumpus in Nevada are all fueling fears among Democrats.

They worry that if the ill feeling between the candidates’ supporters persists until the Democratic National Convention in Philadelphia in late July — or beyond — it could seriously hurt the party’s chances in November.

“Every week, every news cycle, every tweet that goes by where the focus is not on the GOP presumptive nominee is a day lost in this race to seize the most advantageous ground to wage the general election,” said Democratic strategist Chris Lehane.

Still, Sanders shows no sign of letting up, as Margaret Talev explains in a Bloomberg column: “Sanders showed no intention of dialing back his fight against Clinton or urging his supporters to fall in line. His spokesman said Sanders is considering seeking a recount in Kentucky, where Clinton was clinging to a lead of a half percentage point.”

Talev also writes, “Democrats, including some of Sanders’ Senate colleagues, piled up complaints and admonitions to allow Clinton to concentrate on a general-election fight against Trump.”

So, while Republicans continue to coalesce around Donald Trump, Democrats are looking toward a raucous convention in Philadelphia in July.

Sanders may end up just being a fly in the ointment at Clinton’s coronation, but the Democratic Party’s infighting certainly makes for good theater, one that even Minions would watch. 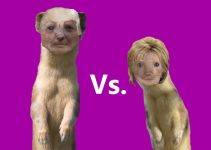 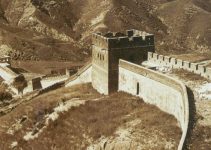