This week’s Weekend Caption Contest™ reminds us that ANYONE can be a mother. Since we hit the 200 comment mark, we have two winners for each place. The assignment this week was to caption the following picture: 2) (Retired military) – “Here we have 2 people. One is a spoilt child, unwise in the ways of the world, living in a fantasy land, never have to take responsibility for her actions, have people doting on her over the most trivial of things, have her childish ideas constantly reaffirmed by those around her. And the other is African American.”

(fustian24) – “I’m not an illegal immigrant. My parents were slaves until Republicans came along and freed them along with the rest of my people.

3) (Yooper) – “That little girl is a great Ventriloquist, only the dummies mouth is moving.”

5) (yetanotherjohn) – “Smile little girl or you get to visit Vince Foster.”

The Readers Choice Award this week goes to guido81_MA- “Ebony and connivery.”
Here are two more great ones:

(Mary Gehman) – “Math lesson: Start with “the good, the bad, and the ugly”, then subtract “good”…what do you got left?”

Math Mistaken For Terrorism
Hillary Clinton for President? No way! 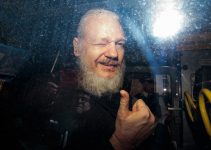