Recently, a part of Oklahoma history stirred up a tiff on the campus of the University of Oklahoma.

Here is how the CBS News affiliate in Tulsa describes what happened: “The school’s Undergraduate Student Congress voted on a resolution designed to congratulate OU’s outstanding sports teams for their terrific seasons. The measure failed because it would have included the phrase ‘Boomer Sooner.'”

The students had just cause to reject that phrase.

The historical Sooners were law-breaking cheaters who entered Oklahoma Territory before they had permission from the U.S. government to do so. What they did was akin to illegal immigration.

Members of OU’s Undergraduate Student Congress were courageous to acknowledge those Sooner misdeeds.

Pointing out the ugly parts of history isn’t a popular task, as those college students quickly discovered.

It is human nature to embrace the good parts of history and to tune out the bad parts. If one’s ancestors or predecessors did something rotten, then one is prone to sweep that rottenness under the rug.

“Move along, Citizens. Nothing rotten to see here. All is honorable.”

Instead of sweeping the rottenness under the rug, some parties will simply deny that the rottenness even exists. Examples of the latter are seen whenever someone denies the occurrence of the Holocaust.

The ugly parts of history will eventually come to light no matter how much one denies them or tries to sweep them under the rug.

How one responds to the ugliness can be test of character. Will one acknowledge the ugliness for what it is, or will one’s pride prevent one from doing so?

In the state of Oklahoma, pride appears to be in control.

Thankfully, citizens of Oklahoma now have something good to be proud of. 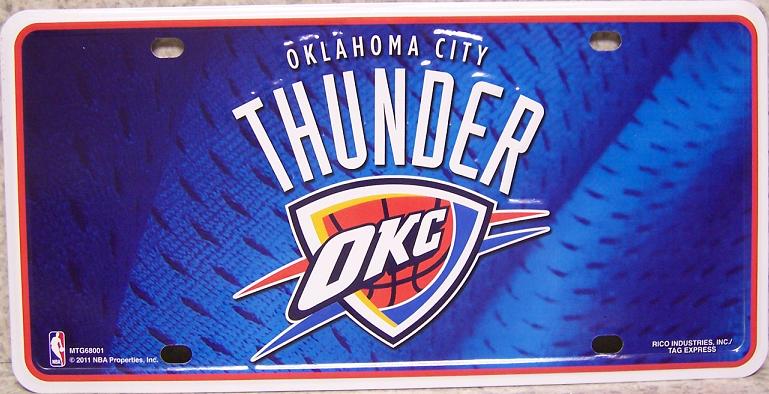 At least the members of the Oklahoma City Thunder aren’t law-breaking cheaters.