While the country focuses on the size of Presidential candidates’ hands and other body parts, the news coming out of Yemen is simply horrific:

The killing spree began with two gunmen who first surrounded the home for the elderly in Aden. Meanwhile, four others entered the building on the pretext they wanted to visit their mothers at the facility, according to the charity, Yemeni security officials and witnesses. The officials spoke on condition of anonymity because they were not authorized to speak to the media.

The gunmen then moved from room to room, handcuffing the victims before shooting them in the head. A nun who survived and was rescued by locals said that she hid inside a fridge in a storeroom after hearing a Yemeni guard shouting, “Run, run.”

Khaled Haidar told The Associated Press that he counted 16 bodies, including that of his brother, Radwan. All had been shot in the head and were handcuffed. He said that in addition to the four nuns, one Yemeni cook, and Yemeni guards were among those killed.

Sunita Kumar, a spokeswoman for the Missionaries of Charity in the Indian city of Kolkata, said the members of the charity were “absolutely stunned” at the killing.

“The Sisters were to come back but they opted to stay on to serve people” in Yemen, she added.

She also said that two of the killed nuns were from Rwanda and the other two were from India and Kenya.

This should underscore the need for competent, capable and compelling leaders, those capable of dealing with this threat that just won’t go away.

None currently seem destined to become President of the United States.

Dear God, be with your beloved martyrs and grant them eternal rest. 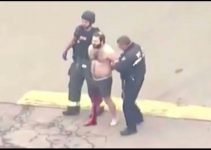