Home
Categories
The Pharisee From Rome A man went to Rome and became a Pharisee.

The Pharisee went out to the people from time to time, so they would be able to see him. And he pointed out the sins and faults of people he didn’t like.

The Pharisee was rich, but he did not feed the poor when he visited them. But he blamed other rich men.

The Pharisee had many properties and lived in a palace with high walls, but took in no refugees when he met them. But he blamed others for what he saw as their greed.

The Pharisee wore clothing that was hand-tailored for him, all in white so everyone would see what a holy man he was. But he blamed others for not giving away what they had.

The Pharisee held no office but issued orders to those who were elected.

The Pharisee did no work, but he condemned those who enjoyed the fruit of their labor.

The Pharisee allowed his servants to sell tokens and trinkets to the poor, to increase his popularity. But he condemned the materiality of everyone else.

The Pharisee enjoyed his visits and the feeling of power and self-righteousness he got from condemning other people for their faults and weaknesses. But the Pharisee never met Christ in all his travels, for everything the Pharisee did turned away from Christ. 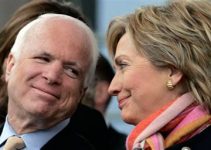