I’ve been away for a number of days, celebrating some special time with the granddaughter at a place named after some dude named Walt Disney.  It was most excellent on a variety of fronts.

While away, lots was apparently going on, most of it political and most of it likely consuming a decent amount of my time had I been near a computer.   Yet most of it, in the grand scheme of things, inconsequential.

What I did miss, and I think it to be most encouraging, is this picture, and what it represents: An explanation comes our way via Deacon Greg Kandra:

Cebuanos and delegates to the 51st International Eucharistic Congress (IEC) currently being held in this city trooped to the Cebu Provincial Capitol and filled its surrounding streets to hear the Mass led by Dublin, Ireland Archbishop Diarmuid Martin.

According to Fr. Roberto Ebisa, SVD, of DYRF, Police Chief Inspector Ryan Debaras estimated the crowd that gathered for the Mass and procession to be nearly 2 million. Streets leading to the Capitol were closed to make way for the millions of people joining in the international Catholic gathering dubbed as the “World Youth Day of adult Catholics”. Candle-bearing delegates and pilgrims from Cebu and around the world chanted hymns and prayers as the carriage carrying the monstrance made its way slowly from the Capitol through Osmeña Boulevard towards Plaza Independencia while a choir led in the chanting of the Litany of the Saints and other hymns.

Nothing to see there but 2 million Catholics clinging to their much maligned yet vibrant faith (Deacon Greg has video up as well at the link).

As intriguing as the picture of all those people might be, this section in the Kandra post particularly stood out for me:

The no Church without the Eucharist was a reference that quickly came to mind just a few hours later after coming across this related piece posted by Matt Nelson:

The Eucharist – which comes to us in the Holy Mass when bread and wine mysteriously changes in substance but not in physical appearance to Christ’s body and blood at the blessing of the priest – was at the center of Christian worship even in the earliest stages of Christianity.

St Ignatius of Antioch, who was a disciple of John the apostle, writes at the turn of the second century:

“Take note of those who hold heterodox opinions on the grace of Jesus Christ which has come to us, and see how contrary their opinions are to the mind of God. . . . They abstain from the Eucharist and from prayer because they do not confess that the Eucharist is the flesh of our Savior Jesus Christ… They who deny the gift of God are perishing in their disputes” (Letter to the Smyrnaeans 6:2–7:1 [A.D. 110]).

“We call this food Eucharist…..For not as common bread nor common drink do we receive these; but since Jesus Christ our Savior was made incarnate by the word of God and had both flesh and blood for our salvation, so too, as we have been taught, the food which has been made into the Eucharist by the Eucharistic prayer set down by him, and by the change of which our blood and flesh is nurtured, is both the flesh and the blood of that incarnated Jesus” (First Apology 66 [A.D. 151]).

Food for thought… food for the soul. 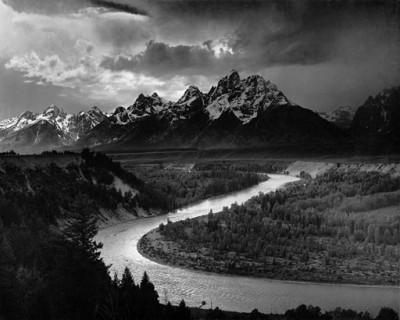