“Any sane person could join. No sane person did.” That is a line from an advertisement for the first Police Academy movie, which was released in 1984. That line could easily be the summary of the 2016 presidential contest.

At the beginning of the contest, conventional wisdom indicated that neither Donald Trump nor Bernie Sanders stood a chance of making it to the general election. Indeed, in one of his 2015 posts, this author proclaimed, “Stick a fork in Trump, because he is done.”

(Wow, was I ever wrong. I am still scraping the egg from my face.)

What this author and the professional pundits underestimated was the size of the Howard Beale wings of the GOP and the Democratic Party. It is as if a large chunk of the electorate has shouted in unison, “I’m as mad as hell, and I’m not going to take this anymore!”

It isn’t just the professional pundits who have been taken by surprise. Right now, Hillary Clinton is experiencing déjà vu, with Sanders overtaking her in the polls faster than Barack Obama did in 2008.

Meanwhile in the GOP, Donald Trump keeps feeding red meat to salivating masses who insist that it be their way or the highway. Like Bernie Sanders, Trump comes across as being sincere and honest, even when he is obviously mistaken.

So, what was unthinkable a year ago is now thinkable: a Trump-vs-Sanders general-election contest may be possible. By the way, just as a reminder, when it comes to political parties, this author sides with Tweety. 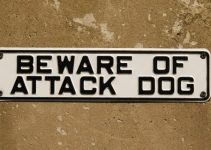 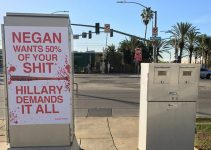