John Hineraker, writing at Powerline, identifies the latest damn lie of the party of damn lies:

It seems incredible, but the Democrats are promoting the idea that the Obama administration represents a sort of economic triumph, comparable to Ronald Reagan’s 1980s boom or Bill Clinton’s 1990s stock market rise (putting aside the crash that ended the decade). Absent mass hypnosis, this will be a tough sell. Dan Mitchell takes a scalpel to the Democrats’ attempt at revisionist history (numerous links omitted):

n a 2014 study for the National Bureau of Economic Research, Stanford University’s Robert Hall wrote about America’s sub-par economic performance. His opening line was basically a preemptive refutation of Obama’s claim – made during the State-of-the-Union Address – that the economy is strong.

The years since 2007 have been a macroeconomic disaster for the United States of a magnitude unprecedented since the Great Depression.

I don’t know that I would use “disaster” to describe the economy. That word would be much more appropriate for failed welfare states such as Italy and Greece.

But Professor Hall was definitely correct that the U.S. economy has been sputtering, as illustrated by comparative business-cycle data from the Minneapolis Federal Reserve.

This is one of the linked Federal Reserve charts that pretty much says it all. The blue line is GDP growth during the Reagan recovery, the yellow line is the Clinton recovery, and the red line is the pathetic Obama “recovery.”

Those who will believe the Democrats over their own lying eyes are urged to stop reading or avert their eyes: The Federal Reserve’s chart shows that after more than six years, Obama’s recovery, the worst of the post-WWII era, was still behind what the Reagan administration achieved in just two years.

Why has the Obama recovery been so lousy? Dan Mitchell continues:

So what accounts for America’s anemic economy? Hall has about 50 pages of analysis, but since brevity is a virtue, let’s look at some of what he wrote in his final paragraph.

Labor-force participation fell substantially after the crisis, contributing 2.5 percentage points to the shortfall in output. The decline showed no sign of reverting as of 2013. …an important part may be related to the large growth in beneficiaries of disability and food-stamp programs. Bulges in their enrollments appear to be highly persistent. Both programs place high taxes on earnings and so discourage labor-force participation among beneficiaries. The bulge in program dependence…may impede output and employment growth for some years into the future.

In other words, he pointed out that a large number of people have left the labor force, which obviously isn’t good since our economy’s ability to generate output (and boost living standards) is a function of the degree to which labor and capital are being productively utilized.

And his work suggests that redistribution programs are a big reason for this drop in labor-force participation.

Time for a change.

A New Theme For The 2016 Election: "No individual too big to jail."
Weekend Caption Contest™ Winners January 15, 2016
Tags:Running out of other people's money 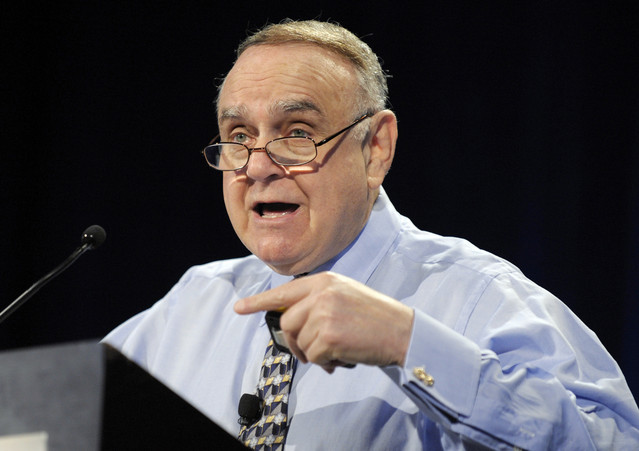