Home
Catholic Thought
“On that day you will cry out because of the king whom you have chosen, but the LORD will not answer you on that day.” This Politico piece is quite revealing… and in many ways, quite troubling:

If I asked you what most defines Donald Trump supporters, what would you say? They’re white? They’re poor? They’re uneducated?

That’s right, Trump’s electoral strength—and his staying power—have been buoyed, above all, by Americans with authoritarian inclinations. And because of the prevalence of authoritarians in the American electorate, among Democrats as well as Republicans, it’s very possible that Trump’s fan base will continue to grow.

My finding is the result of a national poll I conducted in the last five days of December under the auspices of the University of Massachusetts, Amherst, sampling 1,800 registered voters across the country and the political spectrum. Running a standard statistical analysis, I found that education, income, gender, age, ideology and religiosity had no significant bearing on a Republican voter’s preferred candidate. Only two of the variables I looked at were statistically significant: authoritarianism, followed by fear of terrorism, though the former was far more significant than the latter.

Authoritarianism is not a new, untested concept in the American electorate. Since the rise of Nazi Germany, it has been one of the most widely studied ideas in social science. While its causes are still debated, the political behavior of authoritarians is not. Authoritarians obey. They rally to and follow strong leaders. And they respond aggressively to outsiders, especially when they feel threatened.

Read the whole thing… would love to hear thoughtful responses to this… my view is Mr. MacWilliams has nailed things… and it honestly doesn’t bode well.

The title of the post is a reference to the Old Testament’s first book of Samuel, the 8th chapter.  The biblically challenged may not be familiar with the outcome of ancient Israel’s desire to be led by a king but should take comfort in knowing God redeems those wayward inclinations, ultimately in Christ, but not without first allowing Israel to suffer and badly.

Is there a lesson here?

Are we open to believing it? 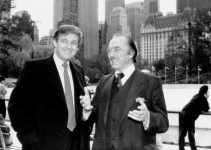