The newest rant against government employees just doing their jobs comes from California resident Kevin Payne. He is upset because his 10-year-old daughter underwent a pat-down by a female TSA agent at Raleigh-Durham International Airport.

Let’s get a few things straight before anyone gives a knee-jerk reaction to what happened.

Second, whenever families fly on commercial airlines, parents have a duty to make sure that their minor children are not violating the long-established rule against liquids greater than 3 ounces in carry-on luggage. That particular rule has been in existence for several years and is mentioned in instructions made available to all purchasers of airline tickets. If Mr.Payne didn’t know about that rule, then he didn’t do his homework before flying. If he did know about the rule, then how does he explain the contraband in his daughter’s carry-on luggage?

Third, the TSA agents in this case didn’t necessarily do anything wrong. Sure, there have been cases in which TSA agents acted like the Keystone Cops, but that isn’t always the case.

The girl didn’t seem to be traumatized, the agent was very professional…this is the price we pay for the security of all of us. I also feel it would not be hard for a terrorist to convince a child to carry something like that. Especially if they believed that a child would not be scrutinized as strongly as an adult. I also think a terrorist wouldn’t care about endangering a child or an adult. We have got to stop thinking like good people and start thinking like a terrorist!

Selby is correct. Terrorists are barbarians, and anyone who expects barbarians to act civilized has never seen the episode of Star Trek in which Spock has a beard. 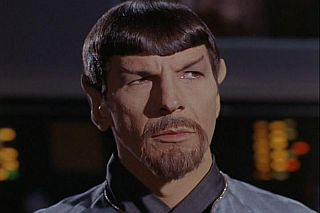 What do Clark Kent, Superman and the God of Muslims and Christians have to do with each other?
Reagan: "We maintain our strength in order to deter and defend against aggression..."