It’s not a coincidence.

Republicans Must Save the Cities

Chicago is a city under impeccably progressive governance. Its mayor is Rahm Emanuel, former right hand to President Barack Obama. So in response to the shooting of a young black hooligan by a police officer in one of the nation’s most corrupt cities and the dodgy handling of that by the city’s Democratic mayor, we have a thousand protesters harassing shoppers and blocking retailers’ entrances down on the Magnificent Mile, wherein is found Neiman Marcus and Cartier. It takes a special kind of nose to detect the connection between Cartier shoppers, police shootings of young black criminals elsewhere in Chicago, and the municipal maladministration of Mayor Rahm Emanuel, but such a nose has the Reverend Jesse Jackson, who can sniff out a payday with the reliability of a French hog hunting truffles. Our friends in the community-organizing racket — whether from Chicago’s South Side or the campus of Yale — are a remarkably consistent bunch: Whatever the real or perceived social problem, the answer is the same: Write a very large check that eventually will make its way into the pockets of such people and organizations as those that organize these protests.

Community Organizers, it seems, are rent seeking grievance mongers.  Which, at this point, should be a news flash to no sensible and informed person.

This is where progressive urban governance leads: The combination of over-promising and under-delivering, corruption, institutional ineffectiveness, and clientelist politics ruptures the relationship between so-called public servants and the public they purport to serve. Chicago isn’t Detroit or Cleveland: It isn’t some lost city that has in effect been left to weed over. But employing the same kinds of institutional approaches with the same values and the same assumptions will produce — surprise — the same results. The Jesse Jacksons of the world instinctively respond by threatening to immiserate the functional parts of Chicago. But Jackson et al. shouldn’t be leading a march on the high-end retail district — they should be leading a march on the Democratic-party headquarters, which is the actual locus of malice in this sorry affair.

Indeed.  But the Johns that reliably vote Democrat tickets choose to be misled and refuse to face facts.

Mr. Williamson concludes that the Republicans must save these cities.  I’m not sure they are worth the effort. 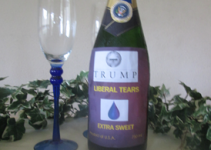