Democrat David Siegel used to be a fan of climate alarmism until he took a close look at the science data. Here is the beginning of his article What I Learned about Climate Change: The Science is not Settled. Siegel starts the summary of his article with this statement:
“I’m still vegan. I still want to help people, animals, and the environment. I’m still a Democrat. But I now believe that Al Gore, the United Nations, and many trusted institutions are Goliath — crisscrossing the globe in private jets selling the Chicken-Little climate narrative at any cost — and the Davids are the lone scientists and bloggers who are just trying to uncover the facts.”

Meanwhile, in an article titled The con in consensus: Climate change consensus among the misinformed is not worth much, Canadian economist Ross McKitrick explains where the alleged “97%” statistic comes from and why it is bunk:

“The most highly-cited paper supposedly found 97 per cent of published scientific studies support man-made global warming. But in addition to poor survey methodology, that tabulation is often misrepresented. Most papers (66 per cent) actually took no position. Of the remaining 34 per cent, 33 per cent supported at least a weak human contribution to global warming. So divide 33 by 34 and you get 97 per cent, but this is unremarkable since the 33 per cent includes many papers that critique key elements of the IPCC position.”

“There are many examples in the history of science of irrational beliefs promoted by famous thinkers and adopted by loyal disciples. Sometimes, as in the use of bleeding as a treatment for various diseases, irrational belief did harm to a large number of human victims. George Washington was one of the victims. Other irrational beliefs, such as the phlogiston theory of burning or the Aristotelian cosmology of circular celestial motions, only did harm by delaying the careful examination of nature. In all these cases, we see a community of people happily united in a false belief that brought leaders and followers together. Anyone who questioned the prevailing belief would upset the peace of the community.

Real advances in science require a different cultural tradition, with individuals who invent new tools to explore nature and are not afraid to question authority. Science driven by rebels and heretics searching for truth has made great progress in the last three centuries. But the new culture of scientific scepticism is a recent growth and has not yet penetrated deeply into our thinking. The old culture of group loyalty and dogmatic belief is still alive under the surface, guiding the thoughts of scientists as well as the opinions of ordinary citizens.”

The author of Carbon Dioxide: The Good News is Indur Goklany, “a member of the US delegation that established the IPCC and helped develop its First Assessment Report. He subsequently served as a US delegate to the IPCC, and an IPCC reviewer.” In the report, Goklany describes just how far from reality that the IPCC’s climate models are:

“… orthodox thinkers on climate, in the grip of confirmation bias, are unable or unwilling to acknowledge that, unless a climate or weather event is truly unprecedented then the default assumption – the ‘null hypothesis’ in scientific parlance – should be that it is part of normal climate variability rather than manmade global warming. Some have used the results of modelling exercises that purport to assess the future impacts, usually in the latter part of this century, and then ‘interpolated’ these results back to the present day. The first step in such an exercise relies on climate models to project the future climate. But we have seen that these models have failed the reality test with respect to globally averaged surface temperature over the past two decades or more. To compound matters, the performance of climate models relative to reality worsens as one attempts to project surface temperatures at smaller geographical scales.” In short, the skeptics of climate alarmism have scientific data that is the basis of their skepticism.

Finally, here is an excerpt from a 2006 letter to the BBC written by Mike Hulme, Professor of Environmental Sciences at the University of East Anglia and founding director of the Tyndall Centre for Climate Change Research:

The language of fear and terror operates as an ever-weakening vehicle for effective communication or inducement for behavioural change. . . I believe climate change is real, must be faced and action taken. But the discourse of catastrophe is in danger of tipping society onto a negative, depressive and reactionary trajectory.”

The Strongest Retrograde Force in the World.
"We made history today!" 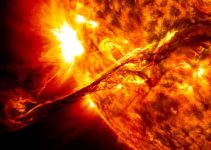