… to a post I published a year ago today:

There are many who equate proselytization, the act of using coercion or force to convert someone to the faith, with evangelism, in which clearly the Pope is saying every Christian has a responsibility to engage.  Equating the two does a couple of things.  1) Absolves one of the responsibility to evangelize and 2) shuts down public expressions of faith. I’m reminded of how often the following St. Francis of Assisi quote; “Preach the gospel at all times; when necessary, use words” is bandied about as a hammer by those engaged in the spirit of the age, that spirit that suggests strongly that faith matters should be relegated to anything but the public square.  The problem however is that St. Francis never uttered the words.  In fact, history shows that the man’s meek and mild persona is a false one.  I’ve read of an early biographer writing of St. Francis openly rebuking those living a life of sin.  Others write of the man’s preaching, clearly using both word and deed to convey the gospel message effectively.

There is of course merit to the idea that the faithful should live lives of virtue and that hypocrisy should be shunned as the faith killer that it is.  But we also need to remind ourselves that we are each sinners, flawed messengers in a flawed world who make mistakes steeped in overzealousness at times but an overzealousness that does not substantively, unless we’re listening to that aforementioned spirit of the age, minimize the importance of the message.

The take-away here is simple.

I think it’s one of my better posts… but that’s just me. 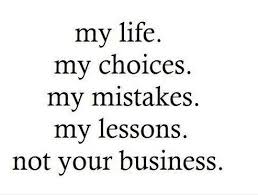