The 4th prime time GOP debate was far superior to the 3rd one, thanks to better moderators and fewer people on the stage.

Fiorina’s strength was shown when she stated just how she would use military action to counter Vladimir Putin’s actions in the Ukraine and in the Middle East.

Carson started the debate in a strong way, but he faded until it came time for closing remarks.

Trump was more like a statesman this time, which is was a pleasant surprise.

Bush didn’t hurt himself like he did the last time, but he didn’t get the home run that he needed.

Paul came across as weak on national defense.

Kasich’s demeanor was his downfall.

It’s too bad that Gov. Chris Christie wasn’t included. He would have been more entertaining than Paul and Kasich.

As for that other person who didn’t make the prime-time cut . . . who was he again? 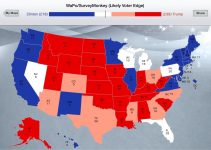