This week’s Weekend Caption Contest™ was worth the wait. I don’t know where Kevin found it and the Secret Service’s lips are sealed. The assignment this week was to caption the following picture: 1) (RestlessLegs) – “The Miss Dearborn pageant ain’t what it used to be.”

3) (fustian24) – “As we’re now finding out, that Iran treaty had some pretty strange provisions.”

4) (GarandFan) – “A white woman said she was Black. A man said he was a woman. No one cared about the ‘slippery slope’……..until the Rockettes came on stage.”

5) (David Robertson) – “Kevin, next time let Paul Hooson provide the photo of camel toes. He is better at that sort of thing.”

And one more for the road-(because he took the time to type this all in):

(yetanotherjohn) – “After several lonely weeks in the desert fort, the Foreign legion recruit was starting to miss the companionship of women. When he brought the subject up with some of the grizzled veterans, they just nodded and said to wait for the camels. While initially put off, the recruit started to look forward to the camels after several more lonely months. Then one day a dust cloud was seen on the horizon and the legionaries started getting excited.

punch line #1 When the legionaries started running towards the camels the recruit asked “Why the rush?”. The veteran replied ” You don’t want to get stuck with an ugly one.

alternate punch line #2 When the camels arrived the recruit started getting amorous with one. The veterans laughed and said “No you idiot, we ride the camels to the brothel in town.””
That’s all for this weekend. A new edition of the Wizbang Weekend Caption Contest™ will debut Friday morning. 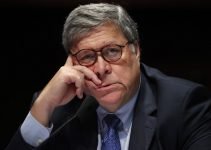