Hans Christian Andersen’s fable “The Emperor’s New Clothes” has a humorous ending. A child points out a piece of reality that the adults wouldn’t acknowledge. What is humorous is the fact that the child is far less educated than the adults.

The child in this fable acts the way that scientists are supposed to act. Scientists are in the business of making observations and deducing things based on those observations. Yet, because they are fallible beings, scientists can be pressured into making deductions that conflict with their observations, all for the purpose of avoiding any unpleasant social or occupational consequences that would come with a disagreement with the majority opinion.

In Andersen’s fable, the adults observe that the Emperor is not wearing clothes, but their pronounced deduction is the opposite, because they fear the consequence of an accurate deduction. The child, however, has no fear of consequences, and, thus, the child states the correct deduction.

There have been times when scientists faced negative consequences because their deductions contradicted the majority scientific opinion, even though the deductions were correct. Such was the case when German scientist Alfred Wegener proposed what is known as continental drift.

Here is an excerpt from an article published by the University of California Museum of Paleontology.

About 300 million years ago, claimed Wegener, the continents had formed a single mass, called Pangaea (from the Greek for “all the Earth”). Pangaea had rifted, or split, and its pieces had been moving away from each other ever since. Wegener was not the first to suggest that the continents had once been connected, but he was the first to present extensive evidence from several fields.

Reaction to Wegener’s theory was almost uniformly hostile, and often exceptionally harsh and scathing; Dr. Rollin T. Chamberlin of the University of Chicago said, “Wegener’s hypothesis in general is of the footloose type, in that it takes considerable liberty with our globe, and is less bound by restrictions or tied down by awkward, ugly facts than most of its rival theories.”

Like it or not, authority figures can be so accustomed to looking at a problem or situation one way, that they fail to notice something obvious from the perspective of an outsider. If the scientific emperor is not wearing clothes, then the educated authorities might still claim that the emperor has clothes on.

Sometimes it takes a scientific child to point out the obvious.

"Is the version of Christianity you’re living out the real-deal or is it the Americanized version?"
Weekend Caption Contest™ Winners October 30, 2015 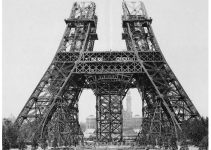