In response to a petition that he not infringe upon Second Amendment rights, the White House replied, “President Obama strongly believes that the Second Amendment guarantees an individual right to bear arms.” Gun rights advocates have long suspected the president’s position to be one of political convenience. Indeed, his flip-flopping on same-sex marriage came as no surprise to political pundits for they long believed that his initial “opposition” was calculated to maximize his electability. Shortly after the anti-Christian shooting in Roseburg, Oregon, the president reinforced those suspicions with the following comments:

There is a gun for roughly every man, woman, and child in America. So how can you, with a straight face, make the argument that more guns will make us safer? We know that states with the most gun laws tend to have the fewest gun deaths. So the notion that gun laws don’t work, or just will make it harder for law-abiding citizens and criminals will still get their guns is not borne out by the evidence.

We know that other countries, in response to one mass shooting, have been able to craft laws that almost eliminate mass shootings. Friends of ours, allies of ours — Great Britain, Australia, countries like ours. So we know there are ways to prevent it.

So, Mr. President, you ask how more guns will make us safer. Well, this country that has “a gun for roughly every man, woman and child in America” has seen its gun homicide rate go down 49% since 1993.

Compared with 1993, the peak of U.S. gun homicides, the firearm homicide rate was 49% lower in 2010, and there were fewer deaths, even though the nation’s population grew. The victimization rate for other violent crimes with a firearm—assaults, robberies and sex crimes—was 75% lower in 2011 than in 1993. Violent non-fatal crime victimization overall (with or without a firearm) also is down markedly (72%) over two decades.

Nearly all the decline in the firearm homicide rate took place in the 1990s; the downward trend stopped in 2001 and resumed slowly in 2007. The victimization rate for other gun crimes plunged in the 1990s, then declined more slowly from 2000 to 2008. The rate appears to be higher in 2011 compared with 2008, but the increase is not statistically significant. Violent non-fatal crime victimization overall also dropped in the 1990s before declining more slowly from 2000 to 2010, then ticked up in 2011.

Despite national attention to the issue of firearm violence, most Americans are unaware that gun crime is lower today than it was two decades ago. According to a new Pew Research Center survey, today 56% of Americans believe gun crime is higher than 20 years ago and only 12% think it is lower.

Instead of offering the country a fact-based, commonsense approach, the president’s inner self, in the opinion of this writer, emerged by appealing to Great Britain & Australia as models for preventing gun violence. Great Britain bans handguns and Australia has imposed very strict gun regulations in response to the Port Arthur massacre in which 35 people were murdered and 23 others were wounded. Said regulations were delineated in the National Firearms Agreement of 1996 (NFA) which are summarized as follows:

The new gun laws included a ban on many types of semi-automatic, self-loading rifles and shotguns. Each gun required a separate permit with a 28-day waiting period, and Australia created a national firearms registration system. Guns could only be sold by licensed firearms dealers, and limits were placed on the amount of ammunition that could be sold. Firearm owners had to be 18, complete a safety course, and have a “genuine reason” for owning a gun, such as sport shooting, hunting, or occupational requirements (“personal protection” did not count as a legitimate reason). Licenses expired every five years, and could be revoked if police found “reliable evidence of a mental or physical condition which would render the applicant unsuitable for owning, possessing or using a firearm.”

The new laws also included a national gun-buyback program for newly prohibited weapons. The program cost $230 million, which was raised through a small health-insurance tax increase, and ultimately more than 700,000 firearms were purchased by the government or voluntarily handed in. Some firearms weren’t turned in, and in 2012 an estimated 260,000 illegal guns were still in circulation.

So, how have these draconian approaches fared in relation to violent crime? In 2009, the Daily Mail stated, “Britain’s violent crime record is worse than any other country in the European union, it has been revealed. [O]fficial crime figures show the UK also has a worse rate for all types of violence than the U.S. and even South Africa – widely considered one of the world’s most dangerous countries.” Said report was also echoed by The Telegraph. The Daily Mail goes on to state:

The figures, compiled from reports released by the European Commission and United Nations, also show:
The UK has the second highest overall crime rate in the EU.
It has a higher homicide rate than most of our western European neighbours, including France, Germany, Italy and Spain.
The UK has the fifth highest robbery rate in the EU.
It has the fourth highest burglary rate and the highest absolute number of burglaries in the EU, with double the number of offences than recorded in Germany and France.

Gun control advocates may point to the more recent major drop in the crime rate for England & Wales, but both reports are well after Britain’s handgun ban and indicates the cyclical nature of crime, not the effectiveness of gun control. Indeed, as linked in my earlier post Hate Crimes, Politics & Guns, a much more comprehensive comparison undermines the mantra that more guns cause more crime.

Has Australia fared any better? Wikipedia nicely summarizes various studies with the bulk of them showing no appreciable effect on firearm homicide. For example:

A 2010 study on the effects of the firearm buybacks by Wang-Sheng Lee and Sandy Suardi of The Melbourne Institute of Applied Economic and Social Research at the University of Melbourne studied the data and concluded, “Despite the fact that several researchers using the same data have examined the impact of the NFA on firearm deaths, a consensus does not appear to have been reached. In this paper, we re-analyze the same data on firearm deaths used in previous research, using tests for unknown structural breaks as a means to identifying impacts of the NFA. The results of these tests suggest that the NFA did not have any large effects on reducing firearm homicide or suicide rates.”

As shown in the country-by-country comparison linked above, there are many factors to consider when studying statistics. Raw numbers don’t provide a complete picture, but that doesn’t prevent some gun grabbers from contradicting said studies by appealing to Australia’s raw numbers relating to firearms. However, even a bald appeal to numbers may prove more than the Pollyannas are willing to admit. Australia’s suicide rate has remained relatively steady from 1989-2013. Additionally the homicide rate has also remained relatively steady despite the implementation of strict gun control. “The number of murder victims fluctuated slightly from 1993 to 2007, whereas manslaughter remained relatively stable,” the report says. The same report shows that the homicide rates were in decline since 1989—seven years prior to the NFA. It continues, “The percentage of homicides committed with a firearm continued a declining trend which began in 1969. In 2003, fewer than 16% of homicides involved firearms. The figure was similar in 2002 and 2001, down from a high of 44% in 1968.” Firearm homicides were declining for 27 years before implementing the NFA and continued to decline after the NFA; however, homicide rates were relatively stable. So, if Aussies aren’t using guns most of the time, what are they using? It looks like knives or other sharp instruments are the weapons of choice for many murderers.

What about mass murders? Adopting the standard of four or more deaths per incident, Australia has had six “massacres” since 1996. As disclosed by Wikipedia,

In other words, the presence of guns, in themselves, cannot be the cause of crime any more than a pencil causes misspelled words, but facts seldom impede ideologues who value winning a political battle more than they value the rights of law-abiding citizens. This is comically illustrated by the following:

In 2005 the head of the New South Wales Bureau of Crime Statistics and Research, Don Weatherburn, noted that the level of legal gun ownership in NSW increased in recent years, and that the 1996 legislation had had little to no effect on violence. Professor Simon Chapman, former coconvenor of the Coalition for Gun Control, complained that his words “will henceforth be cited by every gun-lusting lobby group throughout the world in their perverse efforts to stall reforms that could save thousands of lives”. Weatherburn responded, “The fact is that the introduction of those laws did not result in any acceleration of the downward trend in gun homicide. They may have reduced the risk of mass shootings but we cannot be sure because no one has done the rigorous statistical work required to verify this possibility. It is always unpleasant to acknowledge facts that are inconsistent with your own point of view. But I thought that was what distinguished science from popular prejudice.”

At bottom, if the object is to save lives, it appears that the gun-control crowd’s knees need to jerk in another direction. As I said elsewhere,

Our history proves that the gun grabbers will never rest. They cannot get an outright ban at present, so they’ve adopted an incremental approach. That’s why they cannot [support] armed guards at schools. It undercuts their mantra that guns are not the answer. [So], real commonsense measures are ignored or shouted down and window-dressing measures are proclaimed. They know that their incremental proposals will not work. [Which means] they’ll keep coming again and again with stronger measures until they achieve a gun ban. The president has been touting gun-banning nations. There’s no doubt in my mind that’s where he’d like to take us. We’re not going.

Rehabilitation FAIL
A serious and emerging threat to Catholicism 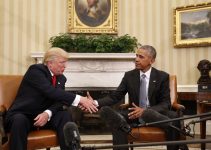