The alternate universe of the Democratic Party was displayed during the first Democratic presidential debate.

How else would one explain the acceptance of Hillary Clinton’s answers?

Before saying more about the substance of the debate participants, their form shall be evaluated.

Lincoln Chafee isn’t going to make it to the general election. All too often he looked like a deer caught in headlights, especially when he was asked to explain his first vote as a U.S. Senator.

Jim Webb may very well be the Democratic candidate best suited to be Commander-in-Chief of the U.S. military, but during the debate, he was so stiff that he appeared to be planking vertically.

Martin O’Malley did his best to use his previous experiences in political office to his advantage, but those experiences took place in Maryland, which isn’t exactly a role model for good governing.

Bernie Sanders started and ended with fire and passion. He came across as being transparent and honest.

Hillary Clinton dodged, ducked and spun as of she were the star of a commercial for Beyblade.

On form, this writer believes that Bernie Sanders won.

Does she really believe that American voters are that stupid? If she were not married to Bill Clinton, then Hillary would never have been elected to the U.S. Senate, let alone be made U.S. Secretary of State. The unspoken reality is that her supporters are hoping that, if Hillary were elected POTUS, then Bill would be a de facto co-President, telling Hillary what she should and shouldn’t do.

Then there is the glaring problem of Hillary’s lack of credibility, something that Chafee dared to address. Hillary and her supporters can wish that Hillary’s e-mail scandal would just go away, but it isn’t. The reason that particular scandal is a big deal is because classified government information ended up on Hillary’s private server, and as a result, a crime may have been committed. Plus, her use of that private server makes her appear to have been trying to hide something from the public.

As for the general substance presented by the debate’s participants, the debate was a hit with liberal Democrats, but if any moderate or blue-dog Democrats are still in existence, then they should be alarmed by several ideas presented by the participants. It is no wonder that recent national polls show Hillary losing to several GOP contenders, and she may very well be the most electable of the current Democrat contenders.

Die-hard Democrats may be gloating over the first Democratic presidential debate, but smugness on their part won’t win them the general election. The debate revealed a dearth of talent on the part of the Democratic Party, and no amount of hoopla will change that situation.

Nothing to see here
If you have a soul, this will nourish it... 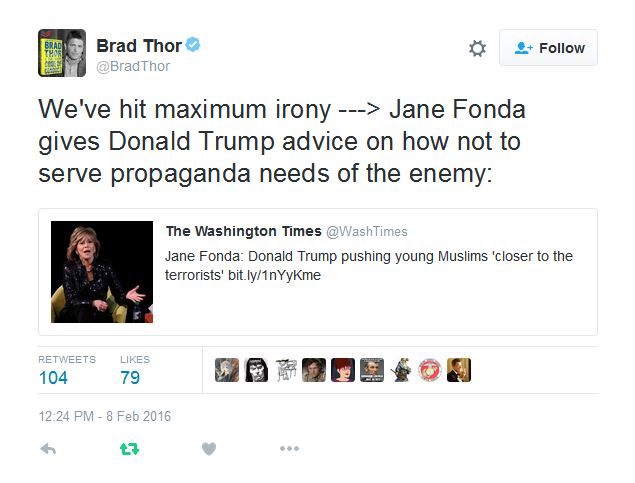