Home
Asshats
Sometimes the Answer is “Not Government” …the answer to all questions is “more government.”

The Economic Fantasies Of Robert Reich

by Richard A. Epstein

There is a large point that comes out of Reich’s social agenda. Notwithstanding his long service in government, he seems to have no understanding of the enormous slip that takes place between an ambitious program for social reform and its successful implementation. I have spent most of my academic life in the weeds, looking at the specific operations of government action as it applies to pharmaceuticals, to the environment, to housing, to securities, to education, to employment, banking, insurance, and other social institutions.

In all of these areas, I have come to the conclusion that the modern progressive state has wrought untold damage for two very simple reasons. First, it has no sense as to when government should intervene and when it should stay its hand. The regulation of competitive labor markets is almost always a loser, and the ever-heavy hand of government in this area does much to explain the decline in working class incomes.

Second, the government has no sense of which means work and which do not. If the risk is monopoly, control it with an antitrust law that is limited to monopoly. But don’t wreck competitive industries, and by all means don’t use government power to prop up monopolies, as in labor markets.

But Reich is blind to all this. There is not a single proposal for deregulation in his disjointed book. Unfortunately Saving Capitalism won’t help the many as it promises to. If its policies are implemented, it will wreak economic and social mayhem on everyone.

The keyword there is “monopoly.” Or perhaps “Monopoly,” as Reich imagines himself surrounded by various iterations of Rich Uncle Pennybags, the monocled fat cat in striped pants, top hat and spats on the board game’s boxtop, as Jonathan Rauch wrote in his devastating 1997 Slate article titled “Robert Reich, Quote Doctor.”

For once can we come to the conclusion that socialism doesn’t work and cease trying it “one more time?”

If you have a soul, this will nourish it...
The (nearly) Complete Guide to Hillary Clinton's Scandals
Tags:Stop Reinforcing Failure 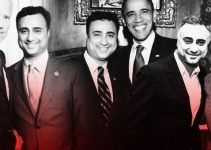