Home
Republicans
Anti-GOP Zealots Are Having A Good Time Now, But . . .

. . . they may want to refrain from celebrating any alleged “demise” of the Republican Party. The GOP isn’t dead. It isn’t even on life support.

Sure, today’s GOP isn’t Ronald Reagan’s GOP, and it is experiencing a civil war within its ranks.

Still, the GOP remains standing because it stands for some things worth standing for.

For example, here is an excerpt from the 2012 Republican Platform.

We are the party of the Constitution, the solemn compact which confirms our God-given individual rights and assures that all Americans stand equal before the law. Perhaps the greatest political document ever written, it defines the purposes and limits of government and is the blueprint for ordered liberty that makes the U.S. the world’s freest, most stable, and most prosperous nation.Its Constitutional ideals have been emulated around the world, and with them has come unprecedented prosperity for billions of people. In the spirit of the Constitution, we consider discrimination based on sex, race, age, religion, creed, disability, or national origin unacceptable and immoral. We will strongly enforce antidiscrimination statutes and ask all to join us in rejecting the forces of hatred and bigotry and in denouncing all who practice or promote racism, antiSemitism, ethnic prejudice, or religious intolerance.

Here is another excerpt.

Protecting America is the first and most important duty of our federal government. The Constitution wisely distributes important roles in the area of national security to both the President and Congress. It empowers the President to serve as Commander in Chief, making him the lead instrument of the American people in matters of national security and foreign affairs. It also bestows authority on Congress, including the powers to declare war, regulate commerce, and authorize the funds needed to keep and protect our Nation. The United States of America is strongest when the President and Congress work closely together—in war and in peace—to advance our common interests and ideals. By uniting our government and our citizens, our foreign policy will secure freedom, keep America safe, and ensure that we remain the “last best hope on Earth.”

Is there anything in the above-quoted excerpts that anti-GOP zealots are opposed to?

The Republican Party is committed to saving Medicare and Medicaid. Unless the programs’ fiscal ship is righted, the individuals hurt the first and the worst will be those who depend on them the most. We will save Medicare by modernizing it, by empowering its participants, and by putting it on a secure financial footing. This will be an enormous undertaking, and it should be a non-partisan one. We welcome to the effort all who sincerely want to ensure the future for our seniors and the poor. Republicans are determined to achieve that goal with a candid and honest presentation of the problem and its solutions to the American people.

Just as immigrant labor helped build our country in the past, today’s legal immigrants are making vital contributions in every aspect of our national life. Their industry and commitment to American values strengthens our economy, enriches our culture, and enables us to better understand and more effectively compete with the rest of the world. . . We are grateful to the thousands of new immigrants, many of them not yet citizens, who are serving in the Armed Forces. Their patriotism should encourage us all to embrace the newcomers legally among us, assist their journey to full citizenship, and help their communities avoid isolation from the mainstream of society

As seen in the quote immediately above, the claim that the GOP is anti-immigrant is utter nonsense.

Something else that is utter nonsense is the idea that the Republican Party is an enemy of the American way. No, it isn’t. One doesn’t have to be a member of the GOP in order to see its virtues.

Even if those GOP extremists are the loudest voices in the right-wing blogosphere, their rantings are being challenged by level-headed Americans both Democrat and Republican (as well as by Independents).

In short, the Republican Party isn’t the political monster that anti-GOP zealots make it out to be.

A person can be opposed to the extremism within the GOP without being anti-GOP. Getting GOP extremists and anti-GOP zealots to understand that fact might require a miracle. Where is Miracle Max when you need him? 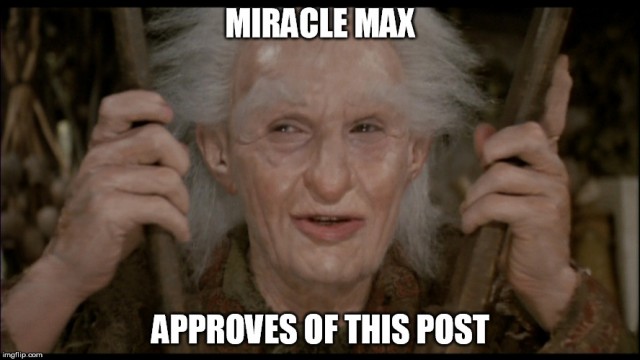 Pope Francis Meets with Kim Davis
The Pope's political opinions are not infallible. 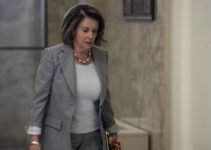