This week’s Weekend Caption Contest™ wrapped up a long week of Popefevah. Take time to read through all the entries-there were a lot of great ones! The assignment this week was to caption the following picture: The Readers Choice Award this week went to fustian24’s top entry. Here’s another great one:

Breitbart's Big Distortion
"When did compassion, forgiveness, and social justice become the exclusive property of the sentimental denizens of the left?" 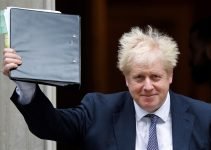