There was a time… when I was not a practicing Catholic… when I was ignorant of what it means to be Catholic… when I thought wrongly that I knew all there was to know about Catholicism… when I knew nothing about the beauty and the depth and the riches contained in the faith… there was a time when I actually might’ve applauded Brian Kilmeade’s stupidity heard in the following snippet:

I now of course hear garbage like this and shake my head and marvel at the thought that not long ago, I might’ve said the very same thing had circumstances availed the opportunity.

On the cusp of the Pope’s visit to the United States, it seems that Kilmeade’s Pope Francis Derangement Syndrome is breaking out all over.  Scott Eric Alt deals with three particular outbreaks as only he can… here’s but a snippet:

These are polit­i­cal ques­tions, but the notion that there is some cor­ner of life, called the “polit­i­cal,” which need not answer to the moral law, is not Chris­tian­ity. It is sec­u­lar­ism.
The Left wants to call abor­tion “polit­i­cal” and tell the Church to be quiet about that. The Right wants to call cap­i­tal­ism “polit­i­cal” and tell the Church to be quiet about that.
Pope Fran­cis shouts plenty at both right and left. Some peo­ple seem to think he should only be shout­ing at the left.
Pope Bene­dict XVI tells us what the moral law is at the back of all this talk about eco­nom­ics. He says it in Car­i­tatis in Ver­i­tate 25. “The pri­mary cap­i­tal,” he says, “to be safe­guarded and val­ued, is man, the human per­son in his or her integrity.” Pol­i­tics and eco­nom­ics do not oper­ate apart from the moral law about the dig­nity of the human per­son. That’s the point.
…
One won­ders what Mr. Kilmeade would have to say about Bene­dict XVI. Or John Paul II. Or Leo XIII. Or St. James. I’m Catholic, but that St. James guy, he really should have taken on those Roman per­se­cu­tors first, then talked about a just wage.
But what lies behind Mr. Kilmeade’s com­ments here is the idea of America’s moral supe­ri­or­ity to the rest of the world. “He’s in the wrong coun­try!” Let him talk to Syria or Iran, not us! Hold those other peo­ple to the moral law, but not us! We are with­out spot or blem­ish!
This tells me that the pope needs to come here. He needs to shake us out of our padded arm­chairs.
That’s the pope’s job: to make peo­ple uncom­fort­able. To make us all uncom­fort­able.

Do read the entire piece.  Most worthy.  And book mark Mr. Alt.  He’s actually written a series of posts about PFDS, all of which are great resources to combat the nutters.

As to anti-nutter resources, I would also highly recommend Dave Armstrong’s Helpful Resources for Confused, Troubled, and Frustrated Folks, a handy dandy list of useful links guaranteed to cause mouth frothing and vein popping in the nutter community.  Might it all lead to some enlightenment. 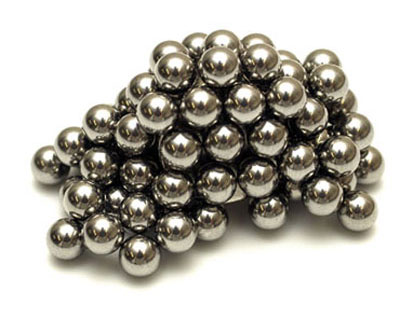