Journalist Gregg Easterbrook needs to read the Bible again before he accuses Christians of misreading it.

In his New Yorker column titled “Kim Davis Needs To Read The Bible Again“, Easterbrook misinforms his readers. He writes,”What does the New Testament say about homosexuality and gay marriage? Silence on the latter; on the former, there’s one reference. In his Letter to the Romans, verses 1:26-27, Paul observes of idol worshippers …”

Uh, no. In his paper The Condemnation of Homosexuality in Romans 1:26-27, New Testament theologian Dr. David E. Malick refutes the argument that Easterbrook tries to make about Romans 1:26–27. Malick writes, “A contextual and exegetical examination of Romans 1:26–27 reveals that attempts by some contemporary writers to do away with Paul’s prohibitions against present-day same-sex relations are false.”

Easterbrook compounds his error when he writes, “Beyond this, Paul frowned on all sexual interaction, including by men and women married to each other. (I Corinthians 7:29.)” Not only does he take one particular verse out of context, he also ignores a previous verse which contradict his claim. In 1 Corinthians 7:2, the Apostle Paul says, “Each man should have sexual relations with his own wife, and each woman with her own husband.” Paul goes on to describe sex with one’s spouse as being one’s marital duty.

It is one thing to condemn the action that Kim Davis took as an elected public official. It is another thing to claim that Christians are misreading the Bible if they think that it is sinful for two people of the same gender to have sex with each other.

Still, one ought to be honest enough to acknowledge what the New Testament actually says about the topic of same-gender sex, instead of harping about Old Testament books that are largely ignored by Christians.

Side Note: Critics are quick to point out that non-Jews aren’t bound by the regulations contained in the Old Testament. Indeed, the Apostles made a general statement to that effect, but they still gave a few regulations for non-Jewish followers of Jesus to abide by. In Acts 15:28-29, the Apostles tell non-Jews, “It seemed good to the Holy Spirit and to us not to burden you with anything beyond the following requirements: You are to abstain from food sacrificed to idols, from blood, from the meat of strangled animals and from sexual immorality.”

Weekend Caption Contest™ Winners September 11, 2015
Hoist on their own petard 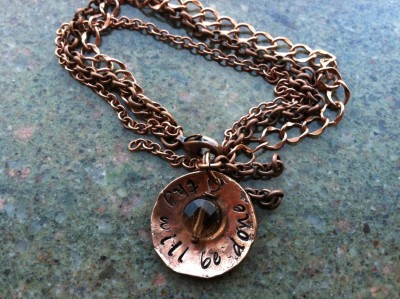