Home
Culture
Hey Mr. Zuckerberg, why not change the name to TwoFacebook

A little less than a year ago, this story was all the rage: queens who protested against the company’s order to use their legal names on the social networking site.
Facebook’s chief product officer, Chris Cox, said: “I want to apologise to the affected community of drag queens, drag kings, transgender, and extensive community of our friends, neighbours, and members of the LGBT community for the hardship that we’ve put you through in dealing with your Facebook accounts over the past few weeks.”
Drag queens challenged the social media giant in September after several received emails telling them that they must change their profiles to their “real names”.
…
“The spirit of our policy is that everyone on Facebook uses the authentic name they use in real life. For Sister Roma, that’s Sister Roma. For Lil Miss Hot Mess, that’s Lil Miss Hot Mess,” said Cox. “Part of what’s been so difficult about this conversation is that we support both of these individuals, and so many others affected by this, completely and utterly in how they use Facebook.”

If only Msgr. Charles Pope were to pull a Caitlyn:

Just a brief note to inform you that I have been blocked from Facebook. They claim that Msgr. Charles Pope is not my real name and are requiring me to submit government ID proving that Msgr. Charles Pope is my true identity. As of now, I have no intention of doing this since I consider it an unreasonable demand by them. They further indicate that even if I supply the IDs from at least two sources, that they reserve the right not to reactivate my account if the name I have used does not meet their preferences.
They explain the reason for their action as:
We ask everyone on Facebook to use the name they go by in everyday life so friends know who they’re connecting with
But of course this IS the name that I go by “in everyday life.” Further, I have had a Facebook account under the name of “Msgr. Charles Pope” for over 6 years now. This is my name, this is who I am. I have 5,000 friends on Facebook who know me by this.
Facebook of course is a private company and they can do whatever they want and treat their clients and users in whatever foul ways they wish. But my current stance on this matter is to resist their demand and seek to share my dissatisfaction.
Facebook was once an open forum to discuss and share. It has become increasingly autocratic and ideological. It may be time for many of us to encourage them to reform or to simply leave Facebook.
I respect that some of you may differ with my assessment of things, but I did want to explain my sudden absence from Facebook and I request your help in spread this information with others you think might wonder as to my disappearance from that forum.
My Twitter Feed is @MsgrPope

I’m sure this has nothing to do with religion, particularly the Catholic religion.

Not. One. Single Thing.

The first thing to do to fight illegal immigration is . . .
Politicial Bumper Sticker of the Year 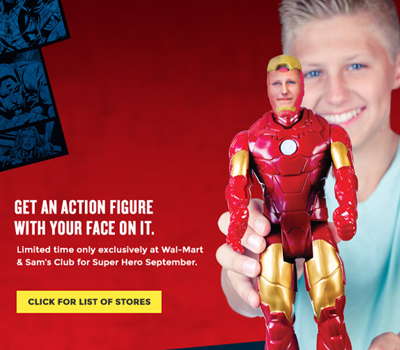