Home
Illegal Aliens
Border Patrol Agents Just Got Terrifying Orders From Obama. Bad For All of Us

Border Patrol Agents – who do not work for Immigration and Customs Enforcement, they are a separate organization – are being ordered to drop illegal aliens into residential neighborhoods or at churches by ICE. This is an extension of Barack Obama’s “Catch and Release” policy for illegal aliens.

Obama’s goal, and the goal of Democrats, is to make sure the millions of illegal aliens who’ve infiltrated across the Mexican border find their way to communities all over the country. They’re not monitored or tracked.

Yes illegals are sometimes fitted with ankle monitors, but they know that Homeland Security won’t do anything when they take them off. As a result they disappear.

We’ve got about 17 months left of the outrage that is the Obama administration. The real question is, does the Republican Party have a candidate who will reverse the flow of illegal aliens? Even Donald Trump said he wanted a big wall with a big door in it. 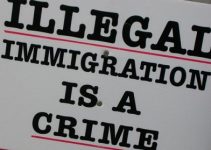